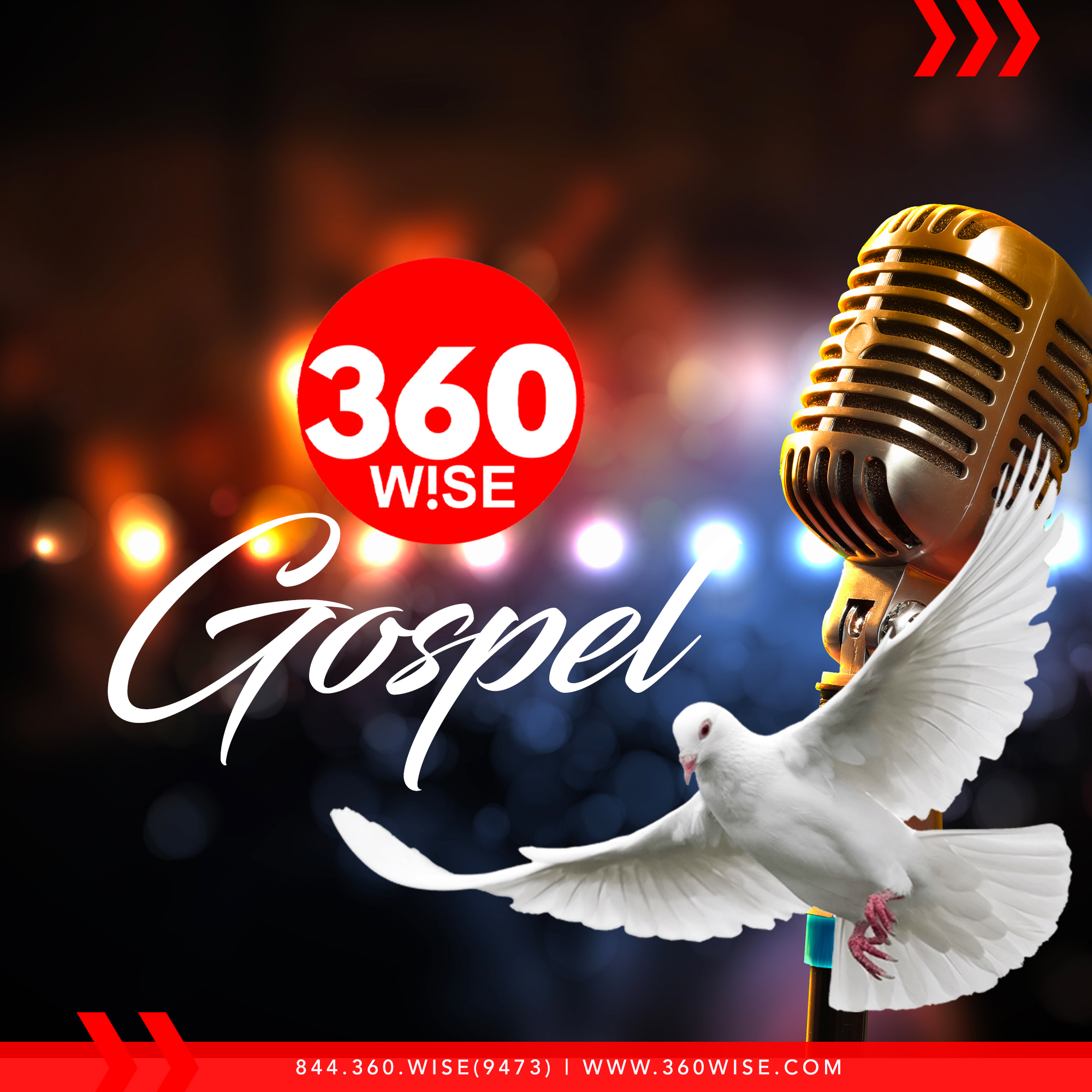 2021 marks the 21st year Producer, Director A. Curtis Farrow has joined with McDonald’s to bring this phenomenal celebration to life; He has received two Emmy awards for producing McDonald’s Gospelfest

MIAMI, May 03, 2021 (GLOBE NEWSWIRE) — The 38th Annual New York Metro McDonald’s Gospelfest will present a virtual concert and showcase free to the public. The event will air on Mother’s Day May 9th, 2021 on Fox 5 and then continues on Fox’s website. The full hour show will also be available on Fox Soul streaming Network.

As fans and viewers prepare for the mega virtual show, they can expect an all-star gospel line up featuring local talent along with some of the greats including Yolanda Adams, Kelly Price, Hezekiah Walker with his Love Fellowship Tabernacle Choir, Tremaine Hawkins, Deitrick Haddon, Jonathan McReynolds, a Special Guest Appearance by Erica Campbell, plus, Group Fire and Tiffany Andrews ,said Robert Alexander CEO of 360WiSE.

“Gospelfest has been a treasured part of the McDonald’s New York Tri-State Owner/Operators. For 38 years we have brought renown gospel singers, local choirs and other performers to the stage to entertain, enlighten and inspire the community. In times like these, this music strengthens us and serves as a reminder of what has kept us through difficult times. I believe gospel music has been a bridge that has brought us through the challenging,” said Brian Hairston, President of the NY/NJ Black McDonald’s Owners Association.

In addition to viewers being uplifted and inspired by the show’s star-studded performers, the show will also feature opportunities to support the Ronald McDonald House Charities. McDonald’s Owner/ Operators have been helping support Ronald McDonald House Charities for over 40 years in their work to keep millions of families together when they need it most. As our local communities continue to navigate these unprecedented challenges and work toward recovery, donations to the RMHC will enable them to continue serving families with ill and sick children, said producer, director A Curtis Farrow,

After twelve albums, five Grammys and performing for several U. S. presidents, she still wows audiences all over the world. Her dazzling rendition of the National Anthem was the hit of last year’s Super Bowl. Ever since her 1988 debut album, “Just As I Am.” Yolanda Adams is renowned for pioneering the blend of modern gospel music infused with soul and jazz. For decades, she has empowered fans through her inspirational and contemporary music. Her albums have earned her multiple awards from music’s highest honors such as the Stellars, Grammys, BMI, Soul Train Awards, NAACP Image, BET, and more. In 2001, she opened a new category and was the first artist to receive an American Music Award for “Favorite Contemporary Inspirational Artist.” Although the Gospel Music Association has continuously honored Yolanda through multiple Dove Awards, on May 9,2017, she was inducted into GMA’s Hall of Fame for her outstanding achievements in the Christian music industry. In addition to being a gospel superstar, she has reigned on radio airwaves for more than ten years as the host of her own show, “The Yolanda Adams Morning Show,” which has been heard in over sixty markets nationally.

Nine-time Grammy nominated singer and songwriter Kelly Price is the second of three daughters, born and raised in Queens, New York, in the church. Price has collaborated with the likes of Mariah Carey, George Michael, Elton John, The Isley Brothers, The Clark Sisters, Brian McKnight and Sean “Diddy” Combs as well as Faith Evans, Yolanda Adams, the late Whitney Houston, Donnie McClurkin, Eric Clapton, Shirley Ceasar, Fantasia, Jay-Z, Kanye West, DJ Khaled, Bonnie Raitt, the late James Brown and the list goes on and on. She has taken her talents to the screen and stage with roles in Soul Food, the series, Bringing Down the House and the stage plays Why Did I Get Married? Kelly Price can currently be seen as a series regular for the critically acclaimed Drama American Soul now in its second season which tells the life story of the late Don Cornelius and how he launched the iconic television show and global brand “Soul Train”. Price has also been given the distinguished honor of joining the iconic panel of Judges for Sunday’s Best for the second time now in its 10th season.

Grammy Award-winning gospel singer, composer and choir leader Hezekiah Walker, known as “the hip-hop pastor,” has brought many young people to gospel and choir music and has shown that he has no problem using modern vernacular and recording techniques to expand his fan and worship base. Pastor Walker’s following is worldwide. Since 1985 he has released more than 15 albums, garnering 10 Grammy nominations and two wins. For more than a decade, Pastor Hezekiah has anchored Afternoon Drive on New York’s WLIB 1190, bringing star power, conversation and inspiration to millions of loyal listeners.

An American award–winning Gospel singer whose career spans over five decades. Since beginning her career in 1966, Tramaine has won two Grammy Awards, two Doves, 19 Stellar Awards , NAACP Image Award, BMI Award. At the age of 17, Hawkins sang on the Edwin Hawkins Singers Choir’s single & “Oh Happy Day.” With her distinctive soprano and extensive vocal range, she became better known as a featured soloist with late husband Walter Hawkins Love Center Choir as well as the Hawkins Family. Hawkins scored several hits as a solo artist in the 1980s while signed to Light Records, and released now-classic albums, such as her 1979 self-titled debut, Tramaine, and its 1983 follow-up Determined. Songs such as “Changed”; & “Goin Up Yonder,” “He’s That Kind Of Friend,” “Jesus Christ Is The Way,” & “Highway” quickly became staples and fan favorites.

A gospel singer, songwriter, music producer, pastor, and actor. He is best known for progressive gospel, and contemporary styles of music. He has been nominated for three Grammy Awards, four BET Awards and an NAACP Image Award. He is also one of the cast members in Oxygen’s reality television show Preachers of L.A.

A gospel musician. Hailed as one of the leaders of the new school of gospel, he has garnered millions of fans worldwide and broken new ground for gospel in mainstream media. He began his music career in 2012 with the release of Life Music via Entertainment One Music. He has had two #1 Billboard Gospel Albums since with Life Music: Stage Two and Make Room, eight Stellar Awards, a GMA Dove Award and three Grammy Award nominations.

A Grammy winning urban contemporary gospel, Christian R&B and contemporary R&B recording artist, musician and radio host. She started her music career in 1998 with her younger sister, Tina Campbell, as part of the gospel music group, Mary Mary. Her solo music career began in 2013 and has since released two albums with Entertainment One Music, which both charted on the Billboard magazine charts. She won a Grammy Award for Best Gospel Album at the 57th edition of the event. Since May 2016, she serves as the
host of Get Up! Mornings with Erica Campbell with comedian Griff, that currently airs on Urban Gospel, which is owned by Radio One.

Nominated in 2018 for a Stellar Award for Quartet of the Year for their project “Join the Praise Party”. This project has helped catapult them onto the main stage in gospel music. As a result, the quartet has worked closely with Producer Steve Cooper and followed up with their 2019 single “Again”. This single is from their forthcoming project entitled “Heal the Land”. Group Fire’s single has charted in the top 20 on Billboard and has remained in the top 30 for over 28 weeks. This song has also helped Group Fire receive two Stellar Award nominations for Duo/Chorus Group of the Year and Contemporary Duo/Chorus Group of the Year. In addition, the “Again” video is actively seen on BET Gospel.

was the fans favorite of BETs Sundays Best Season 9. She hails from Newark NJ, known for her powerhouse vocals she’s an anointed preacher and singers who loves people and ministry.

About Producer, Director A. Curtis Farrow

2021 marks the 22nd year Mr. Farrow has joined with McDonald’s to bring this phenomenal celebration to life. He has received two Emmy awards for producing McDonald’s Gospelfest 2000 and 2001 and eleven nominations in 2003, 2005, 2006, 2007, 2008, 2011 through 2014, 2016 and 2017. In February of 2014, Mr. Farrow fulfilled a longtime dream by organizing and leading 1171 voices to break the Guinness World Record for World’s Largest Gospel Choir. He has since produced a 2000 voice choir at Madison Square Garden and a 5000 voice choir at the Nassau Coliseum. He was responsible for the organization, planning and execution of the home going services for the Late Whitney Houston and most recently he produced the homegoing services for the Late Aretha Franklin which was seen around the world. Mr. Farrow credits everything in his life to his strong belief in God.

McDonald’s Gospelfest originated in 1983 under the auspices of the McDonald’s Corporation and the McDonald’s New York Metro Owner/Operator Association. Over thirty years later, it has emerged as the nation’s preeminent Gospel celebration, bringing joy, inspiration, encouragement and hope to millions of Americans. Previous McDonald’s Gospelfest participants have gone on to successful careers in entertainment, including the renowned Bishop Hezekiah Walker.

McDonald’s serves a variety of menu options made with quality ingredients to nearly 25 million customers every day. Ninety-five percent of McDonald’s 14,000 U.S. restaurants are independently owned and operated by businessmen and women. There are more than 560 McDonald’s restaurants, owned by 65 franchisees, located throughout the New York, New Jersey and Connecticut Tri-State area.

360WiSE MEDiA is one of the largest major-market media operators in the United States and the undisputed leader in influence marketing, powered with the positive iconic advice of MC Hammer, 360WiSE MEDiA is in the top 1% of public relations, influence branding, and marketing of celebrities, actors, public figures, recording artists, small businesses, events and major brands.