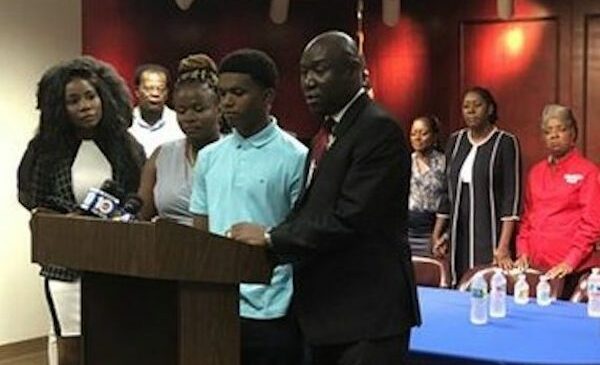 Ben Crump and co-counsel Sue-Ann Robinson released the following statement in response to the decision in the stand your ground hearing for one of the officers involved in the Delucca Rolle assault.

Rolle, a high school freshman at the time, attracted national concern when a video showed deputies slamming his face to the ground and pepper-spraying him outside a McDonald’s in Tamarac on April 18, 2019.

“We are deeply disappointed by the court’s decision to grant Officer Lacerra’s stand your ground motion. In the midst of a social movement in which we are desperately trying to empower a generation and convince them that their lives matter, this decision sends a different message. It says that the marches, the rallies, and the sacrifices have made no difference. The message to this generation of Black Americans is: You can be pepper-sprayed, beaten, and falsely arrested, and the police will be permitted to hide behind a false stand your ground defense. It highlights once again that there are two justice systems in America, and the police will not be held accountable for the maltreatment of Black citizens.

“We remain hopeful that the state will vigorously pursue justice against the other officer, and that he will be permanently dismissed from his position. Delucca and the residents of Broward County deserve at least that much.”