Franklin’s parents separated by the time she was six, and four years later her mother succumbed to a heart attack. Guided by C. L.’s preaching assignments, the family relocated to Detroit, Michigan. C. L. eventually landed at New Bethel Baptist Church, where he gained national renown as a preacher.

Franklin’s musical gifts became apparent at an early age. Largely self-taught, she was regarded as a child prodigy. A gifted pianist with a powerful voice, Franklin got her start singing in front of her father’s congregation.  By the age of 14, she had recorded some of her earliest tracks at his church, which were released by a small label as the album Songs of Faith in 1956. She also performed with C. L.’s traveling revival show and, while on tour, befriended gospel greats such as Mahalia Jackson, Sam Cooke and Clara Ward.

But life on the road also exposed Franklin to adult behaviors, and at the age of 14, she became a mother for the first time with a son, Clarence. A second child, Edward, followed two years later — with both sons taking her family’s name. Franklin would later have two more sons: Ted White, Jr. and Kecalf Cunningham.

After a brief hiatus, Franklin returned to performing and followed heroes such as Cooke and Dinah Washington into pop and blues territory. In 1960, with her father’s blessing, Franklin traveled to New York, where after being courted by several labels, including Motown and RCA, she signed with Columbia Records, who released the album Aretha in 1961. Though two tracks from Aretha would make the R&B Top 10, a bigger success came that same year with the single Rock-a-bye Your Baby with a Dixie Melody, which crossed over to No. 37 on the pop charts.

But while Franklin enjoyed moderate results with her recordings over the next few years, they failed to fully showcase her immense talent. In 1966 she and her new husband and manager, Ted White, decided a move was in order, and Franklin signed to Atlantic. Producer Jerry Wexler immediately shuttled Franklin to the Florence Alabama Musical Emporium (FAME) recording studios.

Hitting her stride in 1967 and 1968, Franklin churned out a string of hit singles that would become enduring classics, showcasing Franklin’s powerful voice and gospel roots in a pop framework.

In 1967, the album I Never Loved a Man (The Way I Love You) was released, and the first song on the album, Respect — an empowered cover of an Otis Redding track — reached No. 1 on both the R&B and pop charts and won Franklin her first two Grammy Awards. She also had Top 10 hits with Baby I Love You, Think, Chain of Fools, I Say a Little Prayer, (Sweet Sweet Baby) Since You’ve Been Gone; and (You Make Me Feel Like) A Natural Woman. Dubbed the ‘Queen of Soul’

Franklin’s chart dominance soon earned her the title Queen of Soul, while at the same time she also became a symbol of Black empowerment during the civil rights movement.

In 1968 Franklin was enlisted to perform at the funeral of Dr. Martin Luther King Jr. during which she paid tribute to her father’s fallen friend with a heartfelt rendition of Precious Lord. Later that year, she was also selected to sing the national anthem to begin the Democratic National Convention in Chicago. Amidst this newfound success, Franklin experienced upheaval in her personal life, and she and White divorced in 1969. But this did not slow Franklin’s steady rise, and the new decade brought more hit singles, including Don’t Play That Song, Spanish Harlem and her cover of Simon & Garfunkel’s Bridge Over Troubled Waters.

Spurred by Mahalia Jackson’s passing and a subsequent resurgence of interest in gospel music, Franklin returned to her musical origins for the 1972 album Amazing Grace, which sold more than 2 million copies and went on to become the best-selling gospel album at the time. Franklin’s success continued throughout the 1970s, as she branched out to work with producers such as Curtis Mayfield and Quincy Jones and expanded her repertoire to include rock and pop covers. Along the way, she took home eight consecutive Grammy Awards for Best R&B Female Vocal Performance, the last coming for her 1974 single Ain’t Nothing Like the Real Thing.

But by 1975, Franklin’s sound was fading into the background with the onset of the disco craze, and an emerging set of young Black singers, such as Chaka Khan and Donna Summer, began to eclipse Franklin’s career.

She did, however, find a brief respite from slumping sales with the 1976 soundtrack to the Warner Brothers film Sparkle — which topped the R&B charts and made the Top 20 in pop — as well as an invitation to perform at the 1977 presidential inauguration of Jimmy Carter. In 1978 she also married actor Glynn Turman.

A string of chart failures ended Franklin’s relationship with Atlantic in 1979. The same year, her father was hospitalized after a burglary attempt in his home left him in a coma. As her popularity waned and her father’s health declined, Franklin was also saddled with a massive bill from the IRS.

However, a cameo in the 1980 film The Blues Brothers helped Franklin revive her flagging career. Performing Think alongside comedians John Belushi and Dan Aykroyd exposed her to a new generation of R&B lovers, and she soon signed to Arista Records. Her new label released 1982’s Jump to It, an album that enjoyed huge success on the R&B charts and earned Franklin a Grammy nomination. Two years later, she endured a divorce from Turman as well as the death of her father.

In 1985 Franklin returned to the top of the charts with a smash-hit album: the polished pop record Who’s Zoomin Who? Featuring the single “Freeway of Love,” as well as a collaboration with the popular rock band The Eurythmics, the record became Franklin’s biggest-selling album yet. I Knew You Were Waiting (For Me); Her follow-up, 1986’s Aretha, also charted well and eventually went gold, and her duet with British singer George Michael, “I Knew You Were Waiting (For Me), hit No. 1 on the pop charts.

In 1987 Franklin became the first female artist to be inducted into the Rock and Roll Hall of Fame and was also awarded an honorary doctorate from the University of Detroit. That same year, she released the album One Lord, One Faith, One Baptism, which won the Grammy for Best Soul Gospel Performance.

Following another relatively quiet period in her career, in 1993, Franklin was invited to sing at the inauguration of Bill Clinton, and the following year she received both a Grammy Lifetime Achievement Award and Kennedy Center Honors. She would also be the focus of multiple documentaries and tributes as the decade progressed. “A Rose Is Still a Rose”

Nearing its conclusion, Franklin reprised her former role in Blues Brothers 2000, released the gold-selling “A Rose Is Still a Rose” and stood in for Luciano Pavarotti, who was too ill to accept his Lifetime Achievement Award, with her rendition of “Nessun Dorma” commanding stellar reviews. ‘So Damn Happy’

In 2003 Franklin released her final studio album on Arista, So Damn Happy, and left the label to found Aretha Records. Two years later, she was awarded the Presidential Medal of Freedom and became the second woman ever to be inducted into the UK Music Hall of Fame.

In 2008 she received her 18th Grammy Award for “Never Gonna Break My Faith” — a collaboration with Mary J. Blige — and was tapped to sing at the 2009 presidential inauguration of Barack Obama.

With 18 Grammys under her belt, Franklin is one of the most honored artists in Grammy history, ranked among the likes of Alison Krauss, Adele and Beyoncé Knowles. In 2011 Franklin released her first album on her own label A Woman Falling Out of Love. To support the project, she performed several concerts, including a two-night stint at the famed Radio City Music Hall in New York. With fans and critics alike impressed with her performances, she successfully proved that the Queen of Soul still reigned supreme.

In 2014 Franklin underscored that point with Aretha Franklin Sings the Great Diva Classics, which reached No. 13 on the pop charts and No. 3 R&amp;B. In February 2017, the 74-year-old Queen of Soul told Detroit radio station WDIV Local 4 that she was collaborating with Stevie Wonder to release a new album.

“I must tell you, I am retiring this year,” she said in the interview, adding: “I feel very, very enriched and satisfied with respect to where my career came from and where it is now. I’ll be pretty much satisfied, but I’m not going to go anywhere and just sit down and do nothing. That wouldn’t be good either.”

In January 2018, it was announced that Franklin hand-picked singer and actress Jennifer Hudson to play her in an upcoming biopic. After being pushed back several times, Respect will be released on August 13, 2021.

On August 12, 2018, it was reported that a “gravely ill” Franklin was bedridden in her Detroit home, surrounded by family and friends. As news of her condition spread, more luminaries paid a visit to express their well wishes, including Wonder and Jesse Jackson.

Four days later, on the morning of August 16, Franklin succumbed to her illness, which her family revealed to be pancreatic cancer. A public viewing was held later that month at the Charles H. Wright Museum of African American History in Detroit, with fans camping out overnight for the chance to pay their respects to the iconic singer. Her televised funeral was set to be held at the city’s Greater Grace Temple on August 31, with Wonder, Khan and Hudson among the scheduled performers, and Jackson, Clinton and Smokey Robinson highlighting the list of speakers. Aretha Franklin’s voice was and is the soundtrack to the life of the American Negro. 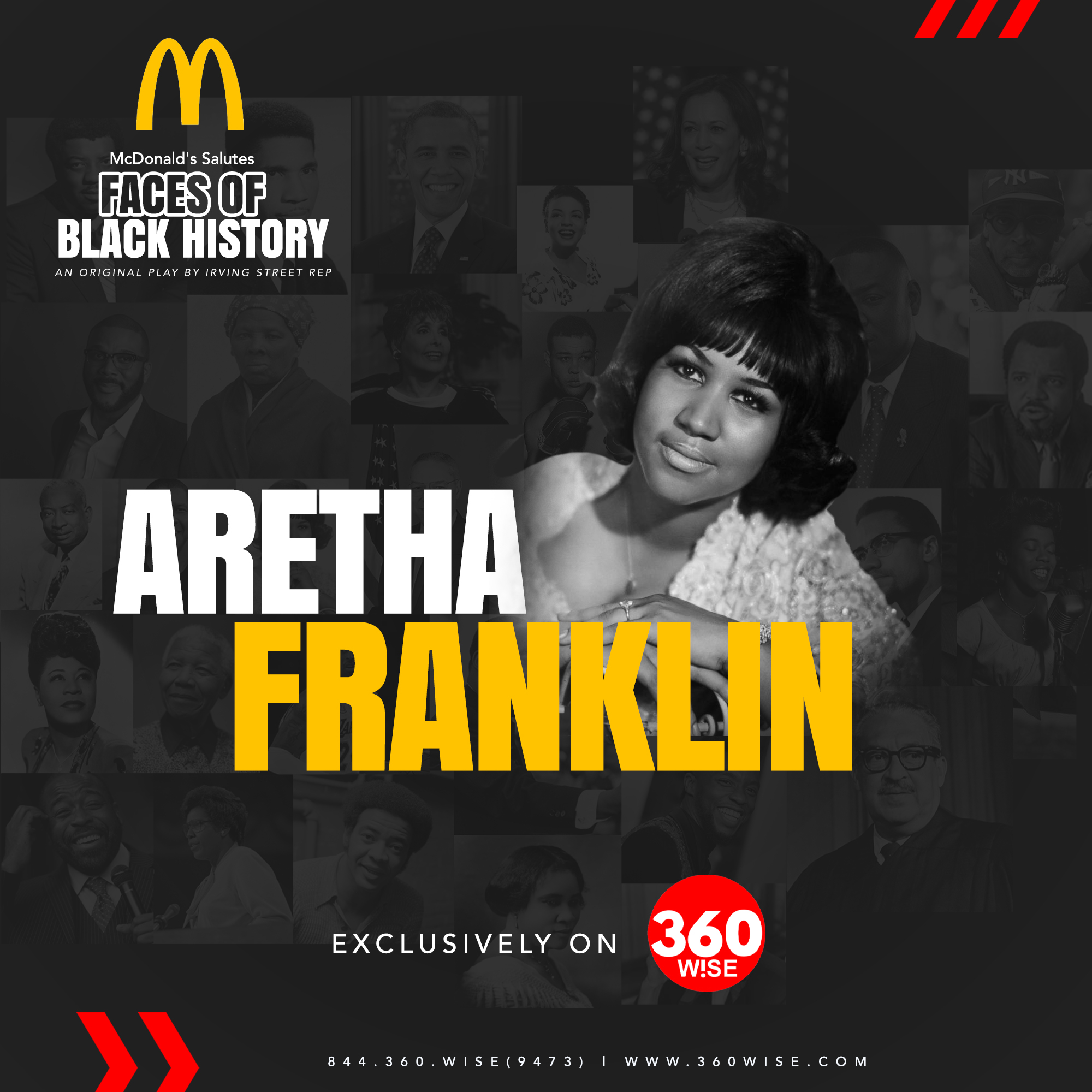