Born on April 25, 1917, in Newport News, Virginia, singer Fitzgerald was the product of a common-law marriage between William Fitzgerald and Temperance “Tempie” Williams Fitzgerald. Fitzgerald experienced a troubled childhood that began with her parents separating shortly after her birth. With her mother, Fitzgerald moved to Yonkers, New York. They lived there with her mother’s boyfriend, Joseph Da Silva. The family grew in 1923 with the arrival of Fitzgerald’s half-sister Frances. Struggling financially, the young Fitzgerald helped her family out by working as a messenger “running numbers” and acting as a lookout for a brothel. Her first career aspiration was to become a dancer. After her mother’s death in 1932, Fitzgerald ended up moving in with an aunt. She started skipping school. Fitzgerald was then sent to a special reform school but didn’t stay there long.

By 1934, Fitzgerald was trying to make it on her own and living on the streets. Still harboring dreams of becoming an entertainer, she entered an amateur contest at Harlem’s Apollo Theater.  At the contest, she sang the Hoagy Carmichael tune “Judy” as well as “The Object of My Affection,” wowing the audience. Fitzgerald went on to win the contest’s $25 first-place prize.

That unexpected performance at the Apollo helped set Fitzgerald’s career in motion. She soon met bandleader and drummer Chick Webb and eventually joined his group as a singer.  Fitzgerald recorded “Love and Kisses” with Webb in 1935 and found herself playing regularly at one of Harlem’s hottest clubs, the Savoy. Fitzgerald also put out her first No. 1 hit, 1938’s “A-Tisket, A-Tasket,” which she co-wrote. Later that year, Fitzgerald recorded her second hit, “I Found My Yellow Basket.” In addition to her work with Webb, Fitzgerald performed and recorded with the Benny Goodman Orchestra. She had her own side project, too, known as Ella Fitzgerald and Her Savoy Eight.  Following Webb’s death in 1939, Fitzgerald became the leader of the band, which was renamed Ella Fitzgerald and Her Famous Orchestra. (Some sources refer to the group as Ella Fitzgerald and Her Famous Band.)  Around this time, Fitzgerald was briefly married to Ben Kornegay, a convicted drug dealer and hustler. They wed in 1941, but she soon had their union annulled.

Going out on her own, Fitzgerald landed a deal with Decca Records. She recorded some hit songs with the Ink Spots and Louis Jordan in the early
1940s. Fitzgerald also made her film debut as Ruby in 1942’s comedy western Ride ‘Em Cowboy with Bud Abbott and Lou Costello. Her career really began to take off in 1946 when she started working with Norman Granz, the future founder of Verve Records. In the mid-1940s, Granz had started Jazz at the Philharmonic, a series of concerts and live records featuring most of the genre’s great performers. Fitzgerald also hired Granz to become her manager.

Around this time, Fitzgerald went on tour with Dizzy Gillespie and his band. She started changing her singing style, incorporating scat singing during her performances. Fitzgerald also fell in love with Gillespie’s bass player Ray Brown. The pair wed in 1947, and they adopted a child born to Fitzgerald’s half-sister whom they named Raymond “Ray” Brown Jr. The marriage ended in 1952.

The 1950s and 1960s proved to be a time of great critical and commercial success for Fitzgerald, and she earned the moniker “First Lady of Song” for her mainstream popularity and unparalleled vocal talents. Her unique ability to mimic instrumental sounds helped popularize the vocal improvisation of scatting, which became her signature technique. In 1956, Fitzgerald began recording for the newly created Verve. She made some of her most popular albums for the label, starting out with 1956’s Ella Fitzgerald Sings the Porter Song Book.  At the very first Grammy Awards in 1958, Fitzgerald picked up her first two Grammys — and made history as the first African American woman to win the award — for best individual jazz performance and best female vocal performance for the two songbook projects Ella Fitzgerald Sings the Duke Ellington Song Book and Ella Fitzgerald Sings the Irving Berlin Song Book, respectively. (She worked directly with Ellington on the former album.) A truly collaborative soul, Fitzgerald produced great recordings with such artists as Louis Armstrong and Count Basie. She also performed several times with Frank Sinatra over the years as well.  In 1960, Fitzgerald broke into the pop charts with her rendition of “Mack the Knife.” She was still going strong well into the 1970s, playing concerts across the globe. One especially memorable concert series from this time was a two-week engagement in New York City in 1974 with Sinatra and Basie.

By the 1980s, Fitzgerald experienced serious health problems. She had heart surgery in 1986 and had been suffering from diabetes. The disease left her blind, and she had both legs amputated in 1994.  She made her last recording in 1989 and her last public performance in 1991 at New York’s Carnegie Hall. Fitzgerald died on June 15, 1996, at her home in Beverly Hills. In all, Fitzgerald recorded more than 200 albums and some 2,000 songs in her lifetime. Her total record sales exceeded 40 million. Her many accolades included 13 Grammy Awards, the NAACP Image Award for Lifetime Achievement and the Presidential Medal of Freedom. Dubbed “The First Lady of Song,” Ella Fitzgerald was the most popular female jazz singer in the United States for more than half a century. In her lifetime, she won 13 Grammy awards and sold over 40 million albums. Her voice was flexible, wide-ranging, accurate and ageless. She could sing sultry ballads, sweet jazz and imitate every instrument in an orchestra. She worked with all the jazz greats, from Duke Ellington, Count Basie and Nat King Cole, to Frank Sinatra, Dizzy Gillespie and Benny Goodman. (Or rather, some might say all the jazz greats had the pleasure of working with Ella.) She performed at top venues all over the world and packed them to the hilt. Her audiences were as diverse as her vocal range. They were rich and poor, made up of all races, all religions and all nationalities. In fact, many of them had just one binding factor in common – they all loved her. 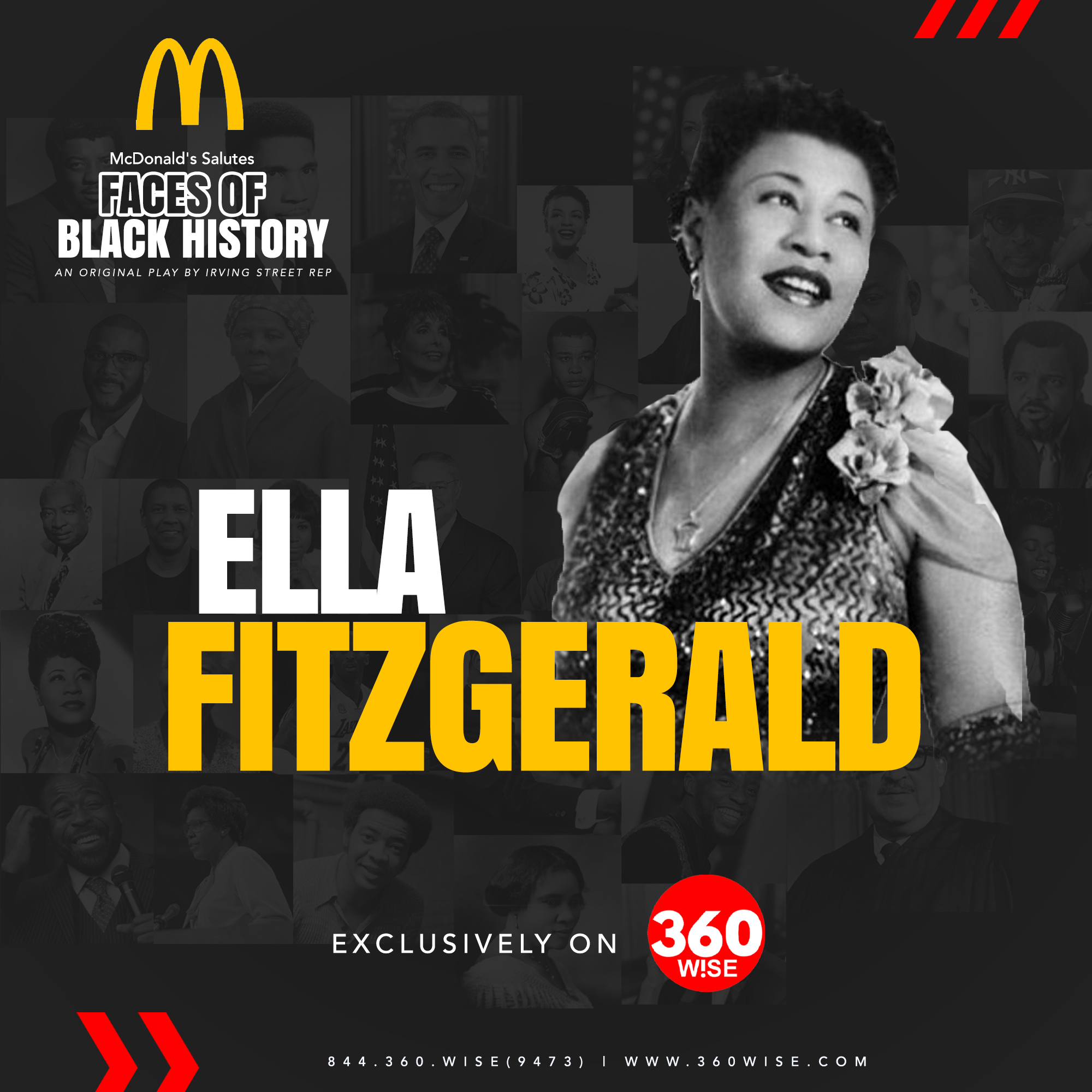