Dwight Arrington Myers was born on May 24, 1967 in Mandeville, Manchester, Jamaica, the son of nurse Eulahlee Lee and machine technician Clifford Vincent Myers. In the early 1970s, his family moved to Mount Vernon, New York, where he was raised. In an interview, his mother stated that he spent most of his childhood hanging out with his brother Floyd and his childhood friend Mo.

Heavy D & the Boyz were the first group signed to Uptown Records, with Heavy D as the frontman and only rapper. Eddie F was his business partner in the group, DJ, and one of the producers. The other two members, T-Roy and G-Wiz were the dancers. Their debut, Living Large, was released in 1987. The album was a commercial success; Big Tyme was a breakthrough that included four hits. “Trouble T. Roy” died at age 22 in a fall on July 15, 1990, in Indianapolis. Dixon’s death led to a tribute on the follow-up platinum album, Peaceful Journey. Pete Rock & CL Smooth created a tribute to Trouble T. Roy called “They Reminisce Over You (T.R.O.Y.)” which is regarded as a hip hop classic.

In 1989, Heavy D performed a guest rap on Janet Jackson’s hit single “Alright”, an early example of rap appearances on pop songs. It was also the highest peaking song which he had performed on in the Billboard Hot 100. In 1992 he appeared on Michael Jackson’s single “Jam”, and also gained a higher profile by singing the theme song for the television program In Living Color and also MADtv. Heavy D then began focusing on his acting, appearing in various television shows before returning to the music charts with Nuttin’ But Love. After appearing in the off-Broadway play Riff Raff at Circle Repertory Company, Heavy D returned to recording with the hit Waterbed Hev. In 1997, Heavy D collaborated with B.B. King on his duets album Deuces Wild, rapping in the song “Keep It Coming”. Heavy D was referred to in the song “Juicy” by the Notorious B.I.G., and appeared in his music video for “One More Chance”.

While still an artist at Uptown Records, Myers was instrumental in convincing Andre Harrell to originally hire Sean “Diddy” Combs for his first music business gig as an intern. He became the president of Uptown Records. During this time, Myers also developed the boy band Soul for Real, and was the executive producer and principal writer of several songs on the group’s breakout album, Candy Rain. He later became senior vice president at Universal Music. As an actor, Heavy D is perhaps best known for his role in the 1999 drama film The Cider House Rules, where he plays a migrant worker. He fathered a daughter in 2000 with chef Antonia Lofaso, a contestant on the fourth season of Top Chef. 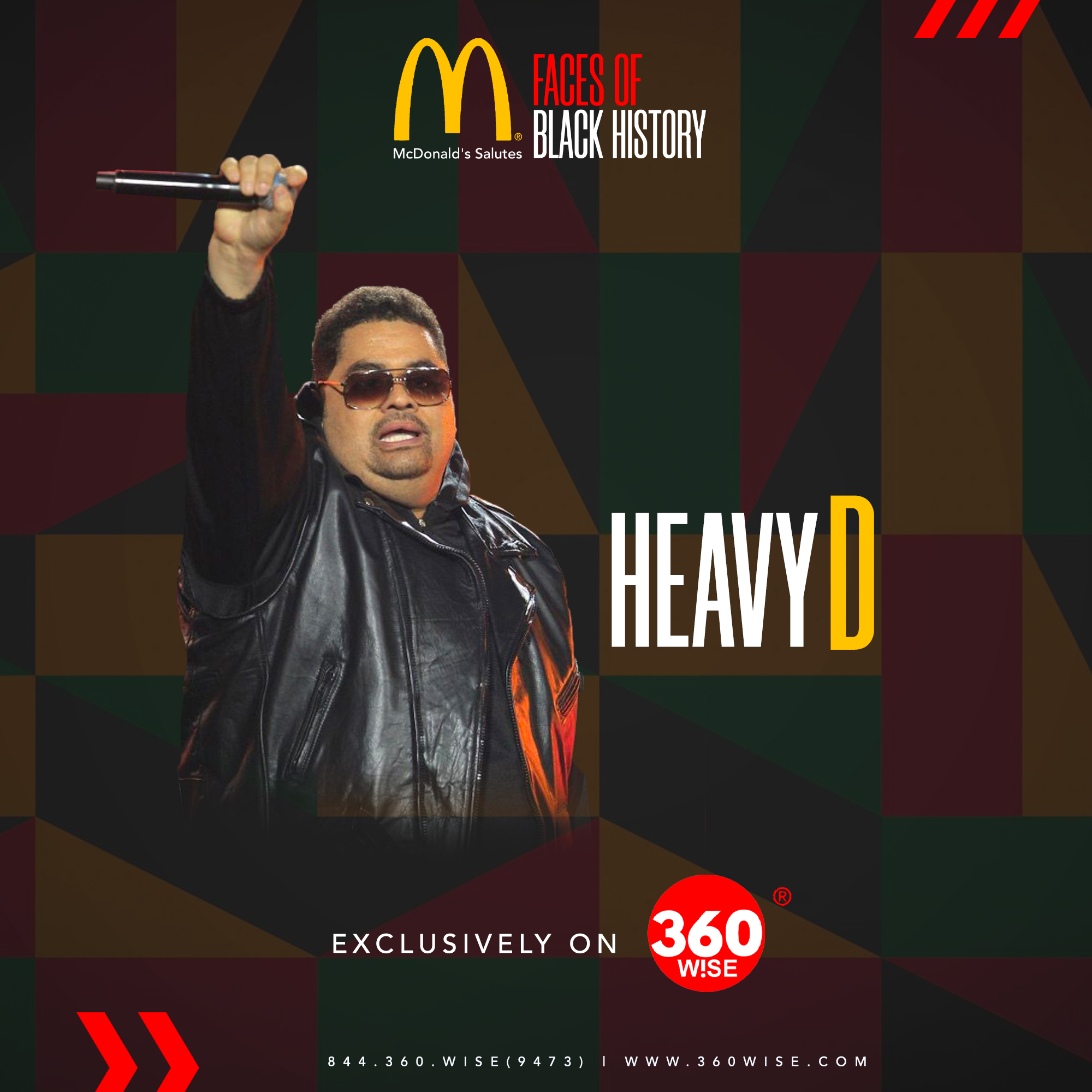