Marian Wright was born June 6, 1939, in Bennettsville, South Carolina. Her father was Arthur Jerome Wright, a Baptist minister, and her mother was Maggie Leola Bowen. Marian’s father encouraged her education before he passed away. In 1953, her father died of a heart attack when she was 14.

Marian Wright Edelman was born in Bennetsville, South Carolina, on June 6, 1939 and was named for the singer Marian Anderson. She was the youngest of five children born to Arthur Jerome Wright and Maggie Leola (Bowen) Wright. She spent her early years in Bennettsville. It was, as she described it, a small-town, socially segregated childhood. She went to racially segregated public schools, but excelled academically. She took piano and voice lessons and became a drum majorette in her high school band.

Edelman’s quest for political, economic, and social rights and justice has its beginnings in her childhood. The elder Wrights instilled in their children a strong sense of service to others by their words and deeds. Indeed, as Edelman wrote, “Service is the rent we pay to be living. It is the very purpose of life and not something you do in your spare time.” She was expected to help out with chores at the nearby Wright Home For the Aged, the first such institution for African-Americans in South Carolina, which her father founded and her mother ran. “The only time my father wouldn’t give me a chore was when I was reading, so I read a lot,” she said of those years.

When she was 14-years-old, her father died after suffering a heart attack. “The last thing he said to me before he died was, ‘Don’t let anything get between you and your education,”‘ she said. Driven by these words, she went to Spelman College, an historic African-American institution for women in Atlanta, Georgia. While at college, she won a Merrill scholarship to study abroad. Her search for a broad international perspective took her to classes at the Sorbonne in Paris, the University of Geneva in Switzerland, and with the help of a Lisle Fellowship, to Moscow just prior to starting her senior year.

She had planned on a career in the foreign service, but changed her plans as the events of the 1960s’ civil rights movement occurred. Caught up in the African-American social consciousness of the times, she participated at sit-ins in Atlanta’s City hall and was arrested. “Segregation was wrong, something to be fought against,” she said. The experiences stimulated her to believe that she could contribute to social progress through the study of law. She entered Yale Law School on a scholarship after receiving her undergraduate degree in 1960. She did not love law but explained that she decided to study law “to be able to help black people, and the law seemed like a tool [I] needed.”

Edelman began her career as a lawyer hired by the NAACP (National Association for the Advancement of Colored People) in New York after receiving her law degree in 1963. After one year she moved to Jackson, Mississippi, to continue her work with the association. She became the first African-American woman admitted to the Mississippi State Bar Association. Her career changed direction after she became a lawyer for the Child Development Group in Mississippi and successfully lobbied for the restoration of Federal funds for the Mississippi Head Start programs. This started her subsequent life-long effort to lobby for children’s interests.

She met Peter Benjamin Edelman, a staff assistant to Democratic Senator Robert F. Kennedy, while he was conducting research in Mississippi. They were married on July 14, 1968, and have three sons: Joshua Robert, Jonah Martin, and Ezra Benjamin. They moved to Washington, D.C., where he continued to work and she began to expand her work on the problem’s of Mississippi’s poor to the national political arena.

Edelman started the Washington Research Project of the Southern Center for Policy Research. It was created to lobby and research programs to assist children in poverty. In 1971 the Edelmans moved to Boston, where Peter served two years as vice-president of the University of Massachusetts. She directed the Center for Law and Education at Harvard University. That year Time magazine named her one of the top 200 young leaders in America.

Under Edelman’s guidance the Children’s Defense Fund (CDF) was founded in 1973. It was to become a major advocate, research, and lobbying organization designed to seek aid for children. She campaigned for a number of programs. Among these were programs to help children remain healthy, stay in school, and avoid teenage pregnancy; to prevent child abuse; and to stop drug abuse. In her words, the CDF “works with individuals and groups to change policies and practices resulting in neglect or mistreatment of millions of children.”

Again the Edelmans moved as their career paths evolved. Her husband joined the faculty of Georgetown University Law Center in Washington, D.C., in 1979. She relocated with her family to join him. There she continued to be president of the Children’s Defense Fund, working long hours to convince government officials of the need for her children’s aid programs.

When Bill Clinton was elected U.S. president in 1992, it was expected that Edelman, a friend and intellectual soul mate to First Lady Hillary Clinton, who had served as chairman of the CDF, would command a level of attention within the new administration that had been absent during the tenures of Presidents Bush and Reagan. There were even rumors that she would join the cabinet, bet she was quick to discount such rumors. “I need to work outside government, on my own,” she said.

In 1992, Edelman and the CDF began its “Leave No Child Behind” campaign. She estimated that it would cost as much as $47 billion to fulfill all the goals of a fully-funded Head Start, proper medical insurance for all children and their pregnant mothers, vaccinations for every child, and an expanded children’s tax credit for children. She tirelessly lobbies for these goals because she believes that “Investing in [children] is not a national luxury or a national choice. It’s a national necessity. If the foundation of your house is crumbling, you don’t say you can’t afford to fix it while you’re building astronomically expensive fences to protect it from outside enemies. The issue is not are we going to pay—it’s are we going to pay now, upfront, or are we going to pay a whole lot more later on.”

In 1997, Edelman criticized President Clinton for his welfare reform package by warning it could lead to record numbers of uninsured children, increased child abuse, and rising firearms deaths. The CDF’s “The State of America’s Children Yearbook 1997” criticized the package and warned that “if America does not stand up now for its children, it will not stand strong in the new millennium.”

Edelman has been widely recognized for her spirited activity as a lobbyist for her causes. She lectures, writes, and travels to convince others of the many needs facing young people. She is the author of the books, Families In Peril: An Agenda For Social Change (1987); Portrait of Inequality: Black and White Children in America (1990); The Measure of Our Success: A Letter to My Children and Yours (1992); and Guide My Feet: Meditations and Prayers on Loving and Working for Children (1995). She is also the author of several reports, and many articles in support of children and her causes. All the while, she stressed that she is a doer rather than a scholar. She believed that problems must be broken down and a range of strategies must be considered to achieve goals. She was less interested in forming theories than “in feeding, clothing, housing, and educating as many American children as soon as possible.” She was also able to balance her hectic, social-oriented work with the demands of a family. 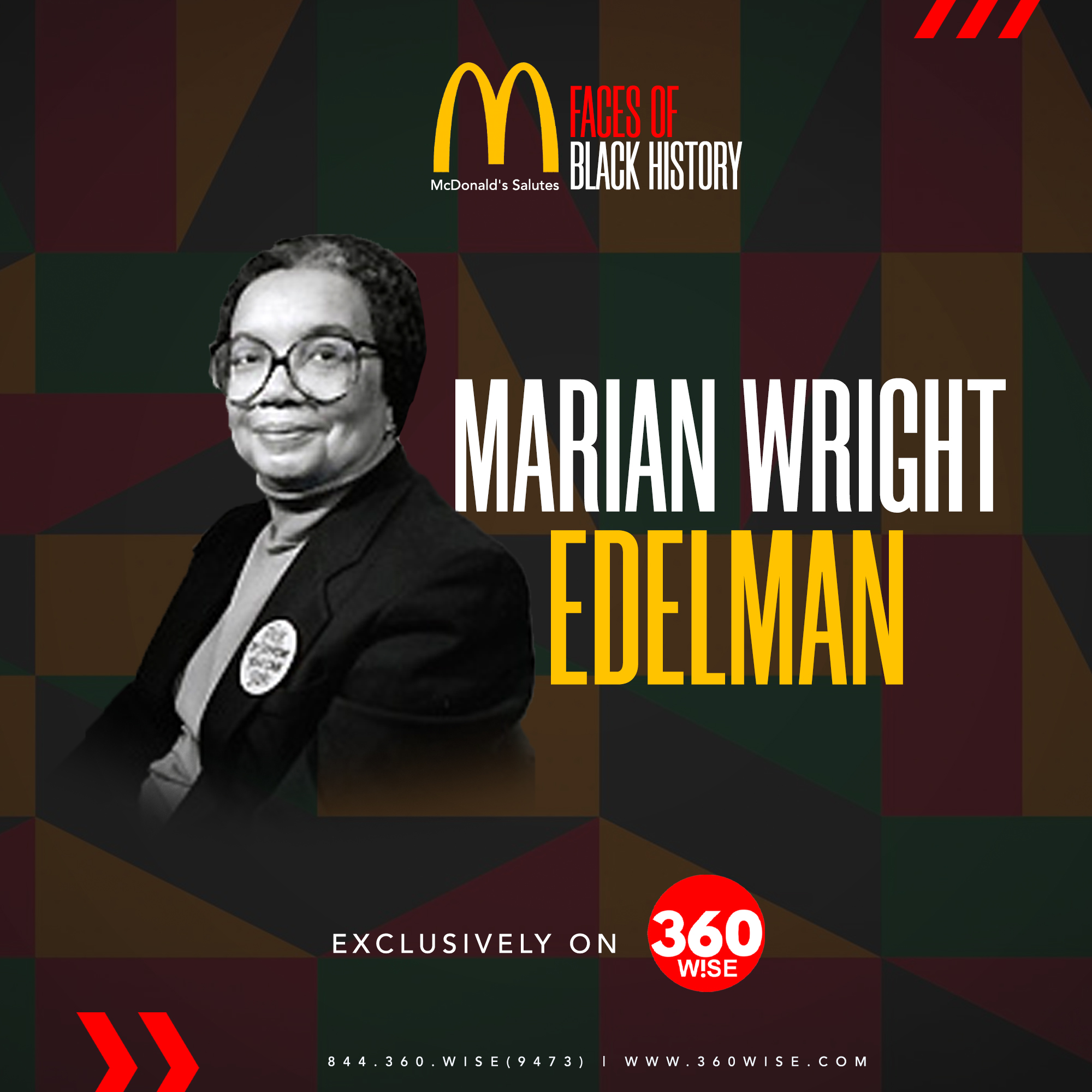