Roy Ayers was born on September 10, 1940, in Los Angeles, California to Ruby Ayers and Roy Ayers, Sr. Ayers’ mother, a schoolteacher and piano instructor, began teaching him music and the love of God. When he was only a toddler. Growing up near Central Avenue, the heart of the West Coast jazz scene, Ayers was exposed to local luminaries from an early age. At five years old, Ayers was given his first set of vibraphone mallets by bandleader Lionel Hampton. Ayers attended Thomas Jefferson High School, where many of his classmates also went on to become famous jazz and R&B artists.

Ayers first played steel guitar and piano and did not study the vibraphone until meeting vibraphonist Bobby Hutcherson at age seventeen. At twenty-two, Ayers began his prolific recording career as a sideman for jazz saxophonist Curtis Amy. In 1963, Ayers released his first album, West Coast Vibes, and went on to record with the Jack Wilson Quartet, Chico Hamilton, and the Gerald Wilson Orchestra in the 1960s, before joining up with jazz flutist Herbie Mann at The Lighthouse club in Hermosa Beach, California. Mann produced three of Ayers’ albums for Atlantic Records, and Ayers was a principal soloist on Mann’s hit album Memphis Underground.

Ayers started recording as a bebop sideman in 1962 and rose to prominence when he dropped out of City College and joined jazz flutist Herbie Mann in 1966.

In the early-1970s, Roy Ayers started his own band called Roy Ayers Ubiquity, a name he chose because ubiquity means a state of being everywhere at the same time.

In 1970, Ayers moved to Manhattan and formed Roy Ayers Ubiquity, marking his move into jazz fusion. Ubiquity released several records on Polydor Records, including hits like ‘We Live in Brooklyn’ and ‘Everybody Loves the Sunshine.’ As the decade closed, Ayers went solo with songs like Let’s Do It.

Ayers was responsible for the highly regarded soundtrack to Jack Hill's 1973 blaxploitation film Coffy, which starred Pam Grier. He later moved from a jazz-funk sound to R&B, as seen on Mystic Voyage, which featured the songs "Evolution" and the underground disco hit "Brother Green (The Disco King)", as well as the title track from his 1976 album Everybody Loves the Sunshine.

In 1977, Ayers produced an album by the group RAMP, Come into Knowledge. That fall, he had his biggest hit with "Running Away".

In late 1979, Ayers scored his only top ten single on Billboard's Hot Disco/Dance chart with "Don't Stop The Feeling", which was also the leadoff single from his 1980 album No Stranger to Love, whose title track was sampled in Jill Scott's 2001 song "Watching Me" from her debut album Who Is Jill Scott?

In the late-1970s, Ayers toured in Nigeria for six weeks with Afrobeat pioneer Fela Kuti, one of the African continent's most recognizable musicians. In 1980, Phonodisk released Music of Many Colors in Nigeria, featuring one side led by Ayers' group and the other led by Africa '70.

In 1980, Ayers began collaborating with Nigerian musician Fela Kuti and formed Uno Melodic Records. Ayers considered In the Dark, released on Columbia Records in 1984, as one of his best recordings.

In 1981, Ayers produced an album with the singer Sylvia Striplin, Give Me Your Love (Uno Melodic Records, 1981). In the same year, 1981, he also produced a second album called Africa, Center of the World on Polydor records along with James Bedford and Ayers's bass player William Henry Allen. Allen can be heard talking to his daughter on the track "Intro/The River Niger". The album was recorded at the Sigma Sound Studios, New York.

Ayers performed a solo on John "Jellybean" Benitez's production of Whitney Houston's "Love Will Save The Day" from her second multi-Platinum studio album Whitney. The single was released in July 1988 by Arista Records.

Ayers has played his live act for millions of people across the globe, including Japan, Australia, England and other parts of Europe.

Ayers is known for helping to popularize feel good music in the 1970s, stating that "I like that happy feeling all of the time, so that ingredient is still there. I try to generate that because it's the natural way “I am the types of music that he used to do this consisted of funk, salsa, jazz, rock, soul and rap.

He continued releasing yearly albums through the 1990s. At the same time, Ayers’ work was remixed, covered, and sampled by the emerging hip hop generation that included such artists as Mos Def, Puff Daddy, and Mary J. Blige. In 1993, Ayers appeared on Gang Starr’s rapper Guru’s Jazzmatazz, Vol. 1, one of the first albums to combine a live jazz band with hip hop production. Singer Erykah Badu has dubbed Ayers the Godfather of Neo-Soul. On his 2004 album Mahogany Vibes he collaborated with Ms. Badu and other soul artist.

In 2015, he appeared on Tyler, The Creator's album Cherry Bomb on the track "Find Your Wings".

A documentary the Roy Ayers Project featuring Ayers and a few hip hop producers who have sampled his music and other people who have been influenced by him and his music has been in development for several years.

Pharrell Williams cites Roy Ayers as one of his key musical heroes.

Ayers is a recipient of the Congress of Racial Equality Lifetime Achievement Award. 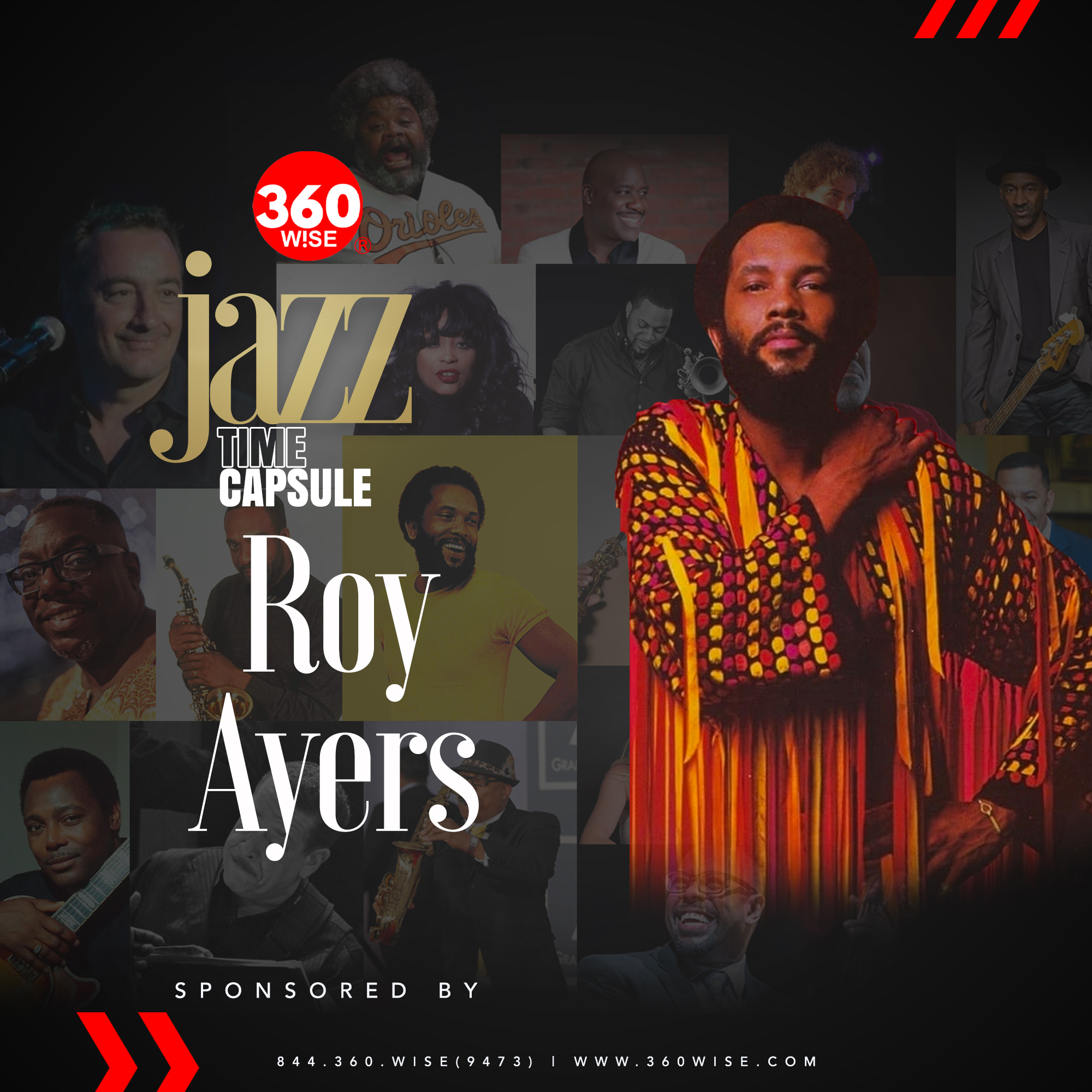