Andrew Jackson Young, Jr., was born in New Orleans, Louisiana, to Andrew and Daisy Fuller Young. His father was a dentist and his mother was a schoolteacher. Andrew and his younger brother Walt “grew up as the only black children in a middle–class, predominantly Irish and Italian neighborhood” in New Orleans.2 After graduating from Gilbert Academy in 1947, he attended Dillard University for one year and then transferred to Howard University in Washington, DC. Young earned a bachelor of science degree in biology in 1951. After graduating from Howard, Young considered a career in dentistry, but decided to pursue a career in the ministry instead. He attended the Hartford Theological Seminary in Hartford, Connecticut, earning a bachelor of divinity degree from Hartford in 1955, and was ordained a minister in the United Church of Christ. While at seminary, Young met his future wife, Jean Childs, a teacher, in 1952; after a brief courtship, they married on June 7, 1954. They had four children: Andrea, Lisa, Paula, and Andrew III. Two years after his wife died of cancer in 1994, Young married Carolyn Watson, an elementary school teacher.3 After graduating from the seminary, Young served as a pastor, teacher, and civil rights activist in Marion, Alabama, and in Thomasville, and Beachton, Georgia, until he was invited to work in the Youth Work Division of the National Council of Churches in New York City, where he served as assistant director from 1957 to 1961. In 1961, Young returned to the South to participate in a voter education program sponsored by the United Church of Christ. He moved from New York to Atlanta and joined the SCLC.

Young also joined the Congressional Black Caucus (CBC), and established a liberal voting record on domestic issues. He rejected cuts in domestic spending for the poor while supporting an increase in wages for workers in the public sector.21 Young criticized the Richard M. Nixon administration’s cuts in rural spending by linking the rural poverty with forced migration to urban centers and the problems that ensued. He also argued that both black and white middle–class families could suffer because of Nixon’s economic policies, such as the federal moratorium on financing new housing.22 Throughout his congressional career, both on his own and through the CBC, Young challenged the President to preserve legislation that benefited black constituents. He denounced the Nixon administration for an anti–busing bill and for failing to support mass transit, suggesting that some of these policies could hurt white middle–class constituents as much as black constituents.23 In a CBC forum called the “True State of the Union,” Young declared, “the overall goal [for Congress] must be to return the economy to a system which generates growth and production instead of death and destruction,” and to “provide the aggressive leadership in rebuilding an economy of peace and justice.”

Young was able to work successfully with Republicans across the aisle by approaching them one–on–one to discuss political issues. Using negotiating skills he developed in the SCLC—dubbed “the Atlanta style”— he reached compromises with political allies and opponents.25 Although Young clearly staked out his position as a Democratic liberal, he exhibited a shrewd political pragmatism that surprised his allies. It was noted that the Atlanta Representative, “avoids[s] the appearance of doctrinaire politics, while fulfilling the promise implicit in his progression from black civil rights leader to U.S. Congressman—the promise of effective representation for black as well as white citizens.”26 In October 1973, Young was the only CBC member who voted for Republican Minority Leader Gerald Ford of Michigan as Richard Nixon’s Vice President, despite their political disagreements. Young explained, “I decided that here was a guy I wanted to give a chance. He was certainly better than a Reagan or any of the other alternatives at the time. Besides, Atlanta was going to need to work very closely with the next administration.”27

Young developed a keen interest in U.S. foreign policy, especially concerning Africa, Asia, and Latin America. One of his earliest bills called for barring U.S. government contracts to companies that practiced racial discrimination in South Africa.28 Young also made congressional visits to South Africa in 1972 and to Zambia, Kenya, and Nigeria in 1975.29 He opposed the Byrd Amendment and testified before the Senate against the nomination of Nathaniel Davis for Assistant Secretary of State for African Affairs, due to his ambassadorship to Chile during a CIA–sponsored coup d’état against its president in 1973.30

In July 1973, Young and some southern Republicans successfully lobbied for a foreign aid bill provision that authorized the President to cancel aid that Portugal would use for military action in its African colonies. The House passed the amendment.31 Young commented “[s]ome of the people I disagree with the most are some of the people I have come to respect the most … I can usually swing Democratic support, but unless you can get Republican support, nothing happens around here. I’m not going to ask them … to do anything that’s going to hurt them politically and they know better than to ask me.”32

Young won re–election to a second term with 72 percent of the vote in 1974.33 In the 94th Congress (1975–1977), he became the first black Representative appointed to the House Rules Committee.34 Young was also elected treasurer of the CBC and a member of its executive committee. In the summer of 1975 he worked to pass an extension of the Voting Rights Act of 1965. During deliberations on the House Floor, Young delivered a prepared statement that outlined the successes of the Voting Rights Act: increasing the number of black elected officials in the South, boosting black voter turnout, initiating monitoring by federal examiners and observers, and helping “language minorities,” such as Latinos. He believed the Voting Rights Act was necessary to ensure minority participation in voting and argued that the act allowed politicians to appeal to a cross–section of society instead of only to a privileged few. “There was a time, when, in order to be elected from our part of the country, you had to present yourself at your worst,” Young observed. “The man who was the chairman of my campaign … had to run as a segregationist when he wanted to run statewide.” Following these deliberations, the House voted 341 to 70 to extend coverage of the Voting Rights Act.35

For the remainder of the Congress, Young continued to seek ways to improve the lives of his rural and urban constituents. He sponsored bills that outlined comprehensive health care plans and testified on behalf of bills that preserved food stamp programs and economic development in his district and in Africa. Young sponsored the Food Stamp Act of 1976, an act that proposed an overhaul of the program.36

During the early 1970s, Young became acquainted with James Earl (Jimmy) Carter, who was the governor of Georgia. Carter’s sincerity and the men’s mutual interest in promoting human rights formed the basis for a strong relationship. The Georgia Representative supported Carter’s bid for the presidency in 1976 with a seconding speech at the Democratic National Convention in New York City and organized voter registration drives in urban areas for the successful Carter campaign.37 In 1976, Young won re–election to a third term in the House with 80 percent of the vote.38 On January 25, 1977, after accepting President Carter’s offer to serve as U.S. Ambassador to the United Nations, Young resigned from Congress.

As the U.S. Ambassador to the United Nations, Young became the initial point of contact for the Carter administration’s foreign policy in Africa and Asia. By using the network of contacts that had been developing since the 1950s, he played an active role in articulating Carter’s position on human rights and liberal capitalism in Rhodesia, South Africa, and Angola.39 Young resigned the ambassadorship in 1979 in the wake of severe criticism following his meeting with Zehdi Labib Terzi, the U.N. observer for the Palestine Liberation Organization. From 1982 to 1990, he served as mayor of Atlanta. He spent a great deal of time traveling nationally and internationally to build Atlanta’s reputation as a financial competitor on the world stage. Young also succeeded in bringing the Olympic Games to the city in 1996. In 1990, he launched a gubernatorial bid, but lost to Lieutenant Governor Zell Miller, who garnered 65 percent of the vote in a runoff election.40 He eventually formed a consulting firm dedicated to fostering economic development in Africa and the Caribbean.41 In 2003, Young considered a run for the U.S. Senate, but declined because winning “would mean I would spend the next seven years in Washington, and Washington is not always the center of action.”42 Young remains involved with a number of consulting firms and nonprofit organizations in the Atlanta area. 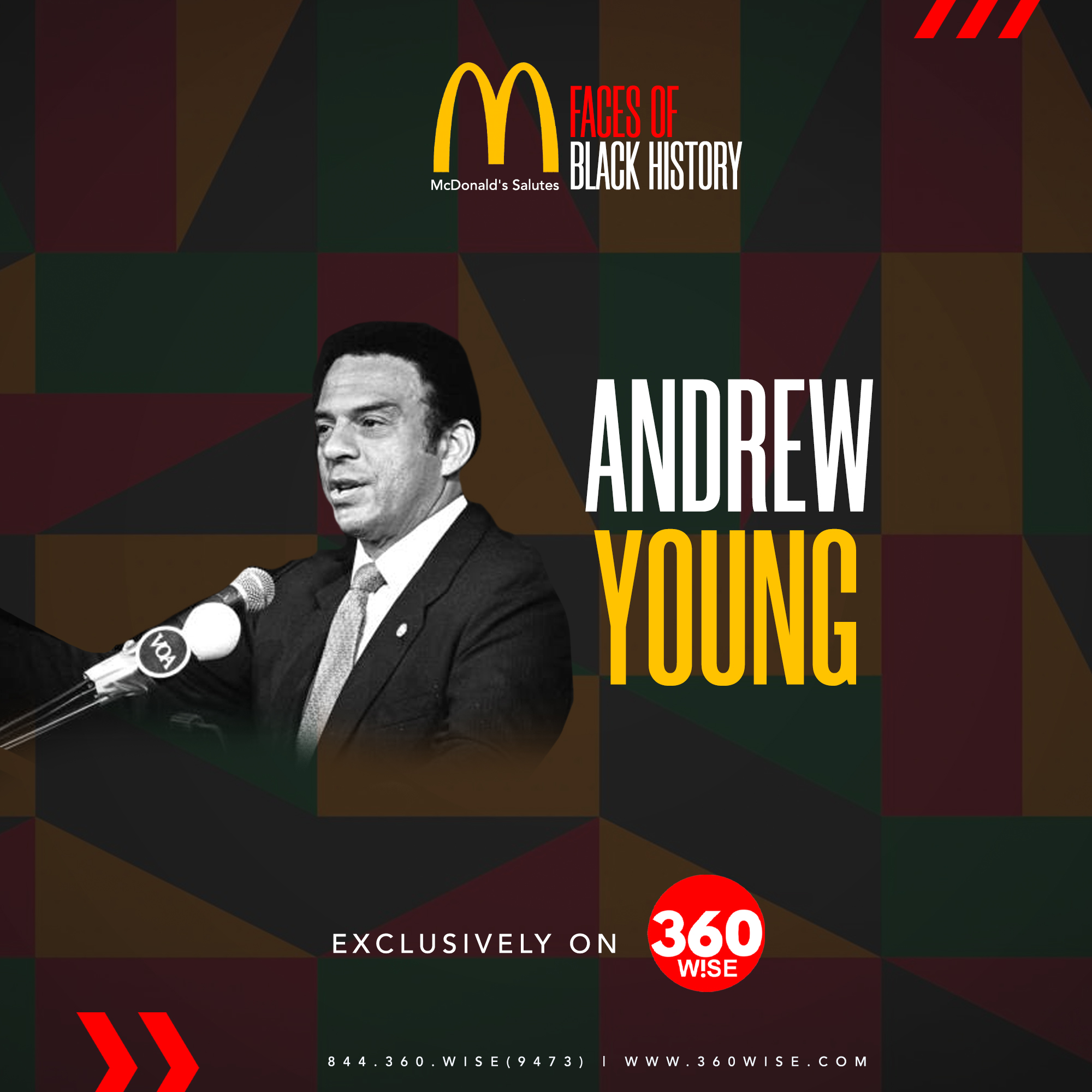