A groundbreaking African American politician, Barbara Jordan worked hard to achieve her dreams. She grew up in a poor Black neighborhood in Houston, Texas. The daughter of a Baptist minister, Jordan was encouraged by her parents to strive for academic excellence. Her gift for language and building arguments was apparent in high school, where she was an award-winning debater and orator.

After graduating from Texas Southern University in 1956, Jordan continued her studies at Boston University Law School. She was one of the few Black
students in the program. Jordan returned to Texas after earning her degree and set up her law practice. At first, she worked out of her parents' home. Before long, Jordan became active in politics by campaigning for the Democratic presidential ticket of John F. Kennedy and fellow Texan Lyndon B. Johnson. In 1962, Jordan launched her first bid for public office, seeking a spot in the Texas legislature. It took two more tries for her to make history.

In 1966, Jordan finally won a seat in the Texas legislature, becoming the first Black woman to do so. She did not receive a warm welcome from her new colleagues initially, but she eventually won some of them over. Jordan sought to improve the lives of her constituents by helping usher through the state's first law on minimum wage. She also worked to create the Texas Fair Employment Practices Commission. In 1972, her fellow lawmakers voted her in as president pro tempore of the state senate. Jordan became the first African American woman to hold this post.

Advancing in her career, Jordan won election to the U.S. House of Representatives in 1972. As a member of the House Judiciary Committee, she was thrust into the national spotlight during the Watergate scandal. Jordan stood as a moral compass during this time of crisis, calling for the impeachment of President Richard M. Nixon for his involvement in this illegal political enterprise. "I am not going to sit here and be an idle spectator to the diminution, the subversion, the destruction of the Constitution," she said in a nationally televised speech during the proceedings. At the 1976 Democratic National Convention, Jordan once again captured the public's attention with her keynote address. She told the crowd, "My presence here . . . is one additional bit of evidence that the American dream need not forever be deferred." Jordan had reportedly hoped to secure the position of U.S. attorney general within Jimmy Carter's administration after he won the election, but Carter gave the post to someone else. Announcing that she wouldn't seek reelection, Jordan finished up her final term in 1979. Some thought that she might have gone farther in her political career, but it was later revealed that Jordan had been diagnosed with multiple sclerosis around this time. She took some time to reflect on her life and political career, penning Barbara Jordan: A Self-Portrait (1979). Jordan soon turned her attention toward educating future generations of politicians and public officials, accepting a professorship at the University of Texas at Austin. She became the Lyndon B. Johnson Centennial Chair of Public Policy in 1982.

While her educational work was the focus of her later years, Jordan never fully stepped away from public life. She served as a special counsel on ethics for Texas Governor Ann Richards in 1991. The following year, Jordan once again took the national stage to deliver a speech at the Democratic National Convention. Her health had declined by this point, and she had to give her address from her wheelchair. Still, Jordan spoke to rally her party with the same powerful and thoughtful style she had displayed 16 years earlier.

In 1994, President Bill Clinton appointed Jordan to head up the Commission on Immigration Reform. He also honored her with the Presidential Medal of Freedom that same year. She passed away two years later, on January 17, 1996, in Austin, Texas. Jordan died of pneumonia, a complication of her battle with leukemia.

The nation mourned the loss of a great pioneer who shaped the political landscape with her dedication to the Constitution, her commitment to ethics and her impressive oratory skills. "There was simply something about her that made you proud to be a part of the country that produced her," said former Texas governor Ann Richards in remembrance of her colleague. President Clinton said, "Barbara always stirred our national conscience." 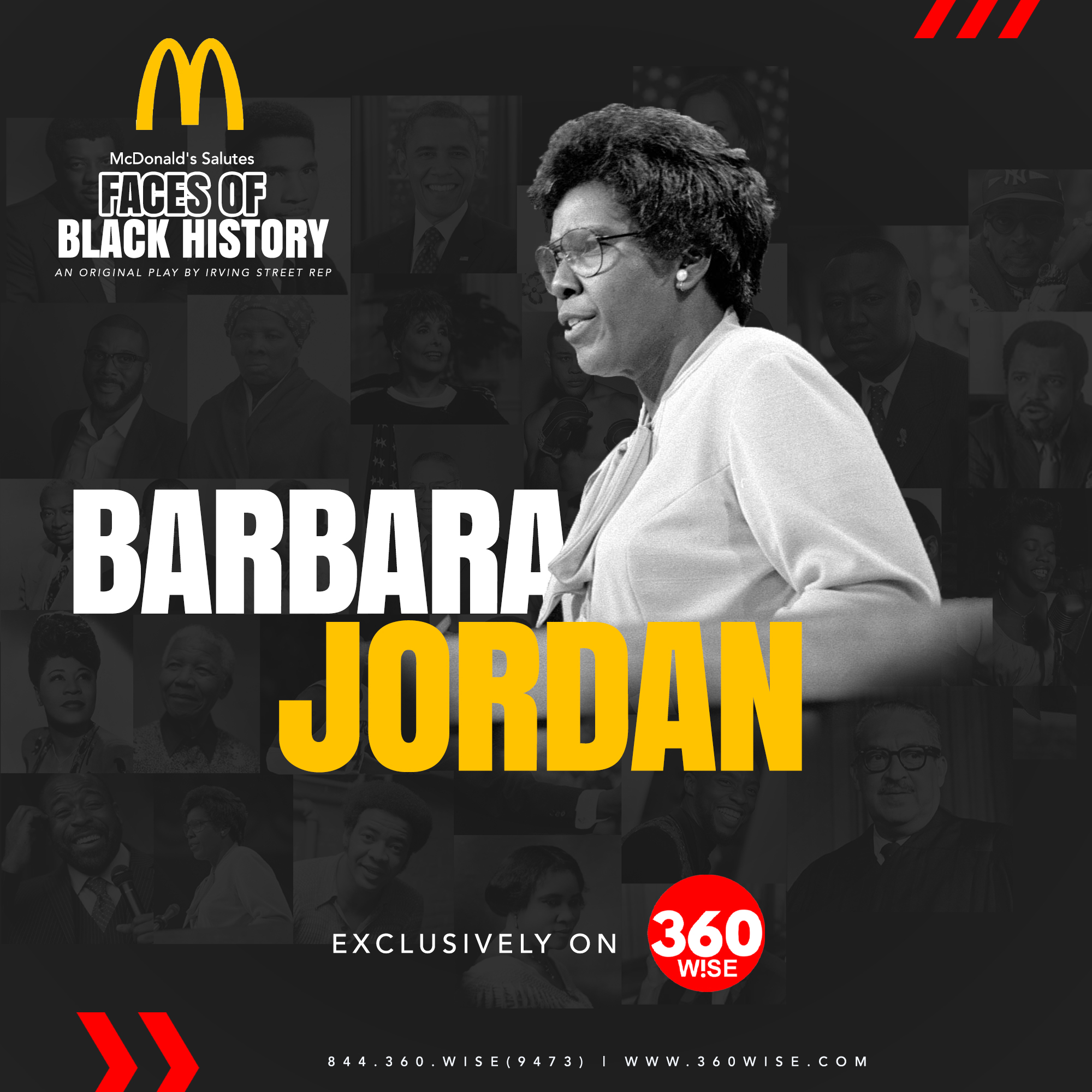 • Barbara Jordan grew up in a poor Black neighborhood in Houston, Texas.
• In 1966, Jordan finally won a seat in the Texas legislature, becoming the first Black woman to do so.
• Advancing in her career, Jordan won election to the U.S. House of Representatives in 1972.
• She passed away two years later, on January 17, 1996, in Austin, Texas.