Born Mahala Jackson on October 26, 1911, in New Orleans, Louisiana, to Charity Clark and Johnny Jackson, she became one of gospel music’s all-time greats, known for her rich, powerful voice that cultivated a global following. Jackson grew up in a Pitt Street shack and started singing at 4 years old in the Mount Moriah Baptist Church. When she started to sing professionally, she added an “i” to her first name. Brought up in a devout Christian family, Jackson still found herself influenced by the secular sounds of blues artists like Bessie Smith and Ma Rainey. Jackson’s sanctified style of performance would also rely upon freer movement and rhythm when contrasted to the styles seen in more conservative congregations.

After moving to Chicago as a teen with the aim of studying nursing, Jackson joined the Greater Salem Baptist Church and soon became a member of the Johnson Gospel Singers. She performed with the group for a number of years. Jackson then started working with Thomas A. Dorsey, a gospel composer; the two performed around the U.S., further cultivating an audience for Jackson. She also took on a number of jobs — working as a laundress, beautician and flower shop owner for example — before her musical career went into the stratosphere. She wed Isaac Hockenhull in 1936, with the two later divorcing. While she made some recordings in the 1930s, Jackson tasted major success with “Move On Up a Little Higher” in 1947, which sold millions of copies and became the highest selling gospel single in history. She became more in demand, making radio and television appearances and going on tour, eventually performing in Carnegie Hall on October 4, 1950 to a racially integrated audience. Jackson also had a successful 1952 tour abroad in Europe, and she was especially popular in France and Norway. She had her own gospel program on the CBS television network in 1954 and scored a pop hit with “Rusty Old Halo.”

In 1956, Jackson made her debut on The Ed Sullivan Show and in 1958 appeared at the Newport Jazz Festival in Rhode Island, performing with Duke Ellington and his band. Ellington and Jackson worked together on an album released the same year under Columbia Records titled Black, Brown and Beige. Future Columbia recordings from Jackson included The Power and the Glory (1960), Silent Night: Songs for Christmas (1962) and Mahalia (1965). In 1959, Jackson appeared in the film Imitation of Life. By the end of the decade, much of Jackson’s work featured crossover production styles; she was an international figure, with a performance itinerary that included singing at President John F. Kennedy’s inauguration.

Jackson was also an active supporter of the Civil Rights Movement. She sang at the March on Washington at the request of her friend Dr. Martin Luther King, Jr. in 1963, performing “I Been ‘Buked and I Been Scorned.” In 1966, she published her autobiography Movin’ On Up. After King’s death in 1968, Jackson sang at his funeral and then largely withdrew from public political activities.

In her later years, Jackson had several hospitalizations for severe health problems, giving her final concert in 1971 in Munich, Germany. She died of a heart attack on January 27, 1972. Jackson is remembered and loved for her impassioned delivery, her deep commitment to spirituality and her lasting inspiration to listeners of all faiths. 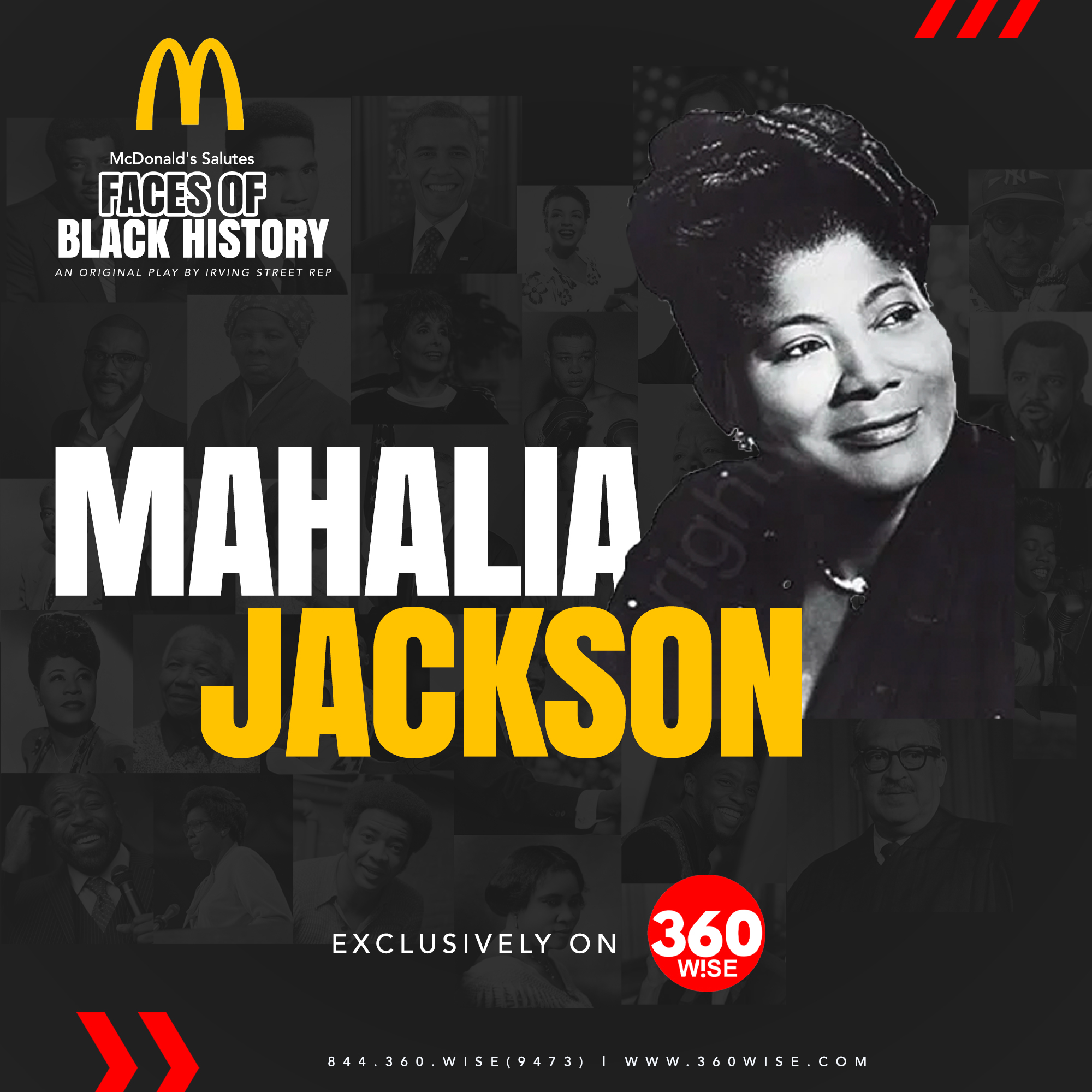