Munroe said he discovered who he was at the age of thirteen after being insulted by his teacher who called him several names such as ‘black monkey’. he said, one of those nights, he was disturbed and couldn’t sleep until his mother showed him a bible passage (Ephesians 3:20), which he believed opened up a new page of his life.

Myles later attended Oral Roberts University (ORU) where he received his Bachelor of Fine Arts, Education, and Theology in 1978 and a Master’s degree in administration from the University of Tulsa in 1980. Munroe also received honorary doctoral degrees from various schools of higher education and served as an adjunct professor of the Graduate School of Theology at ORU.

Dr. Myles Munroe was a father, pastor, preacher, teacher, best-selling author and motivational speaker who traveled round the world pulling a crowd of about 500,000 people annually including government leaders, business men and women, students and church congregations in the past forty years.

He was a mentor to millions of people, both Christians and non-Christians.

Munroe also served as a business consultant to Fortune 500 companies and corporations.

Dr. Myles Munro was married to Ruth Munroe, who served as co-pastor with him at BFMI. Together, the couple had two children, Myles, Jr. (known as Chairo), and a daughter, Charisa. He always emphasized that his family was his greatest responsibility and his marriage was his most sacred trust.

Following his graduation from the University of Tulsa, Dr. Myles founded Bahamas Faith Ministries International (BFMI) in the early 1980s, he also founded the Myles Munroe International (MMI) – an outreach center which includes leadership training institutes, a missions agency, a publishing company, a television network, radio and Web communications, and a church community.

His career was not without controversy: In March 2014, he was criticized by his country’s Foreign Minister, Fred Mitchell, for comments about the LGBT community in the Bahamas. Munroe had said that Mitchell’s support of LGBT people in the Bahamas didn’t “represent the majority of the convictions of the Bahamian people.” Mitchell replied, “Once again Dr Myles Munroe has returned to a theme he does not understand and obviously which he has no knowledge.” Mitchell said Munroe’s “absolute stupidity and willful deceit is parading around in the pulpit disguised as theology.”

In September Munroe again stirred controversy at home, following a gay pride event. In a statement entitled “Homosexuality – Phobia or Principle”, people, he said, have “hijacked” and “raped” the civil rights movement with their fight for LGBT rights.

Backed up by quotations from the Bible, he also proffered alarming views on womanhood. “The male was created by God to create what he wants,” he said. “The woman you are looking for, brother, does not exist. She is in your head. Your job is to take the raw material you married and cultivate her into the woman in your head. So if you have been married for 20 years and you still don’t like the product you get, that is your fault.”

Munroe was especially influential in Africa, arguing that African nations are underdeveloped due to the poor quality of their leaders. “Leadership determines everything in life,” he said. “Nothing happens without leadership. Whether you are talking about an organisation, church or nation, everything depends on leadership for success. Leaders determine the quality and attitude of their followers. If your country is not effective, it is the fault of its leaders not its people.”

A regular traveler to Latin America as well as Africa, Munroe was also chief executive and chairman of the International Third World Leaders Association. “The greatest tragedy in life is not death,” he wrote, “but a life without a purpose.” He believed that “Death can never kill an idea. Ideas are more powerful than death. Ideas outlive men and can never be destroyed.”

Dr. Munroe placed emphases on the Kingdom of God and believed that the whole Bible, along with the message of Jesus, revolves around the kingdom and not a religion.

Dr. Munroe died in a plane crash, along with his wife Ruth and members of his Bahama Faith Ministries, during airport approach on 9 November 2014.

Bahamian officials stated their aircraft struck a crane at a ship yard near Grand Bahama International Airport. Munroe and the other passengers were en route to Freeport, Grand Bahama for a conference.

1998: OBEfor “services to religion”.
1998: Bahamian “Silver Jubilee Award” for service to the Bahamas in the area of “spiritual, social and religious development”.
2004: “Alumnus of the Year”, Oral Roberts University. 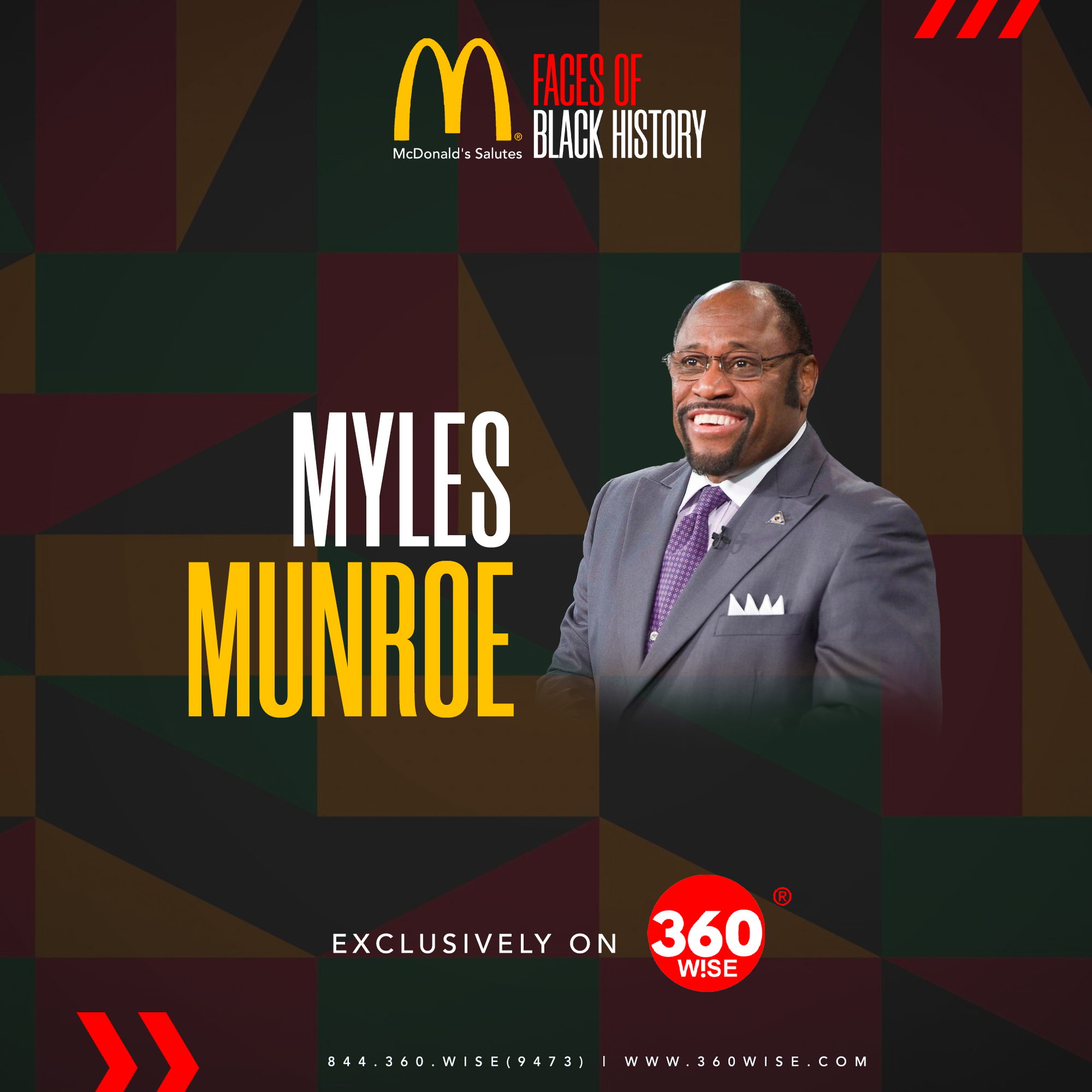