Donald Lawrence was born May 4, 1961, Gastonia, North Carolina) is an American gospel music songwriter, record producer and artist. He studied at Cincinnati Conservatory, where he earned a Bachelor of Fine Arts Degree in music. While in Cincinnati, he was also the Minister of Music at the Southern Baptist Church on Reading Road. The multiple Grammy and Stellar Award winner has collaborated with a diverse roster, as vocal coach to the R&B group En Vogue, musical director for Stephanie Mills, songwriter for The Clark Sisters, and collaborator with a host of artists including Peabo Bryson, Kirk Franklin, Karen Clark Sheard, Donnie McClurkin, and Mary J. Blige.

Lawrence took on The Tri-City Singers after a friend vacated his position as musical director. The three cities that The Tri-City Singers come from are Spartanburg, SC, Gastonia, NC, and Charlotte, NC.) The group debuted in 1993 with A Songwriter’s Point Of View on a then-brand-new independent record label called GospoCentric Records. The set debuted at No. 2 on the Billboard Top Gospel Charts The group’s follow-up release Bible Stories would top those same charts when it arrived in 1995. It was the first to be billed as Donald Lawrence & The Tri-City Singers and featured black church-ubiquitous hits such as “A Message For The Saints”, “I Am God” and “Stranger”. The album was released on Lawrence’s newly minted label Crystal Rose Records which was distributed through Sparrow Records.

In 2000, Donald Lawrence & The Tri-City Singers signed to EMI Gospel. To promote the new album, a maxi CD of the lead single “Testify” to the mainstream. House remixes by Junior Vasquez sent the song to No. 33 on Billboard’s Mainstream Dance Charts. When tri-city4.com was finally released in late summer 2000, the set peaked at #2 on Billboard’s Top Gospel Charts and #13 on Billboard’s Heatseekers Charts. The album also got a profile boost from the all-star standout “God’s Favor”, featuring vocal turns from Karen Clark Sheard, Kim Burrell, and Kelly Price.

Lawrence waited almost two years before delivering the follow-up Go Get Your Life Back in early 2002. “The Best Is Yet to Come“, a song sonically much in the vein of the previous smash “Testify,” was chosen as the album’s lead single. This release featured guest appearances from Ann Nesby (formerly of Sounds of Blackness) and gospel pioneer Bishop Walter Hawkins. The momentum continued with the 2003 release of Restoring The Years, a greatest hits album featuring two new songs.

The next album would mark a fresh start for Donald Lawrence. I Speak Life was his first solo album, the debut for his newly inked recording contract with Verity Records, and the first release under his new sublabel Quiet Water Entertainment. Though the album was without The Tri-City Singers, guest appearances were plenteous. Donnie McClurkin, Hezekiah Walker, Faith Evans, Richard Smallwood, and Carl Thomas all contributed to the album. Even jazz notables Ramsey Lewis and Lalah Hathaway were on hand for a remake of the Bible Stories classic “Don’t Forget To Remember”. The effort earned Lawrence a total of 7 Stellar Award nominations, and 6 wins.

In March 2006, The Tri-City Singers announced that they would retire, but not before one last live recording. Finale: Act One and Finale: Act Two were released simultaneously on April 4, 2006. Each release was a CD/DVD set that chronicled the audio and video of one half of the concert, with packages that locked into one another respectively. A special edition of Finale was later released with both CDs and DVDs. The blowout concert included guest appearances from Bishop Walter Hawkins, Karen Clark Sheard, Vanessa Bell Armstrong, Daryl Coley, LaShun Pace, Darwin Hobbs, and many other gospel luminaries. The album’s lead single “The Blessing Of Abraham” was nominated for a Grammy Award for Best Gospel Performance in December 2006. His sophomore solo album, The Law of Confession Part I was released in February 2009. Donald said in an interview that The Law of Confession, Part II will be released soon, but he’s focusing on other projects.

Donald Lawrence was featured on the title track “Released” by Bill Winston presents Living Word”. He is also the host of Verizon’s “How Sweet The Sound Choir Competition”. 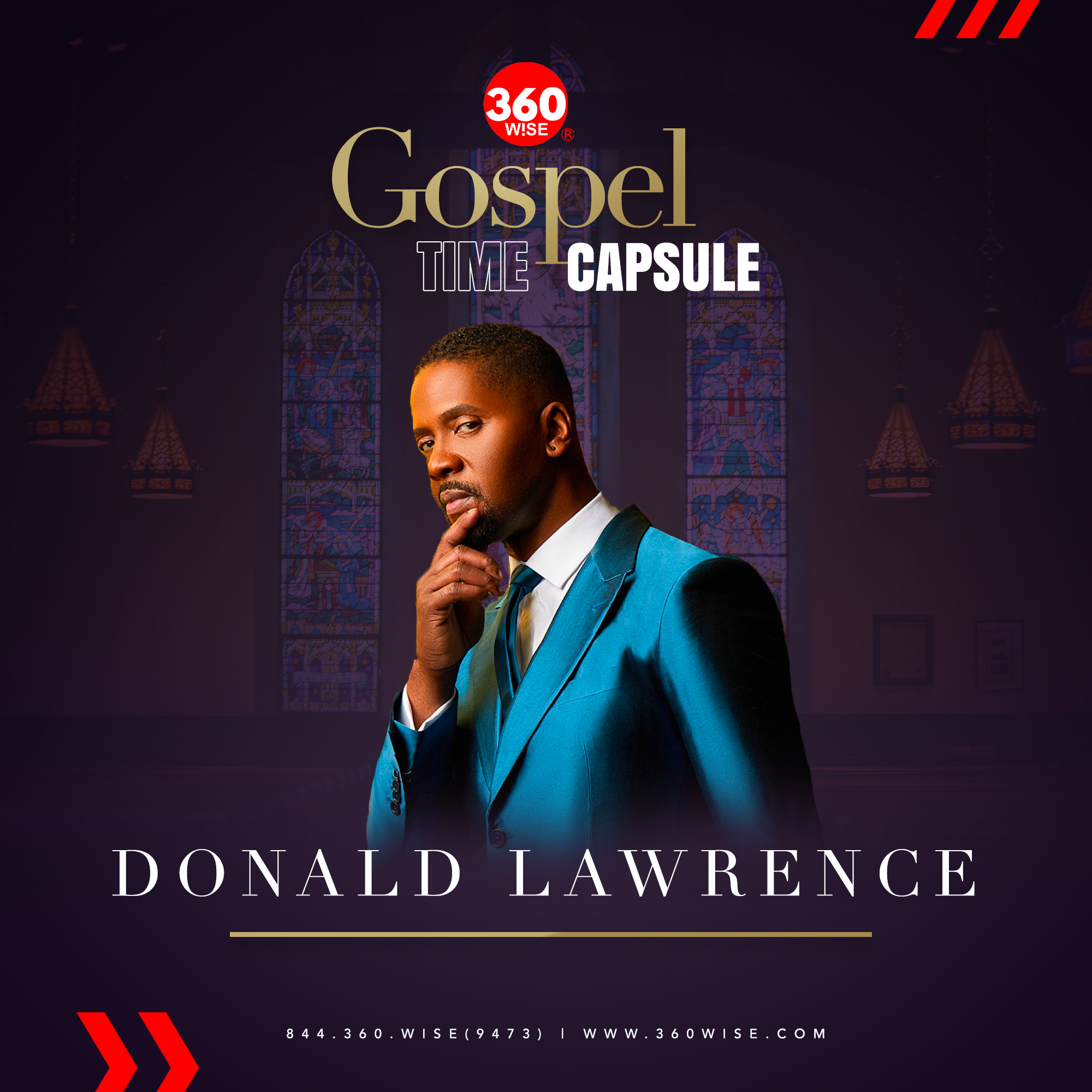