Kirk Franklin was born on January 26, 1970, in Fort Worth, Texas. Having been abandoned by his own mother, Franklin was raised by his aunt Gertrude, who paid for his piano lessons by collecting aluminum cans when he was four years old. At such a young age, Franklin had already shown his talent in music to the point where he received his first contract at seven years old. However, at the time, his aunt turned the contract down.

Following a period of teenage rebellion, Franklin returned to the church and began studying music with Jewell Kelly & the Singing Chaparrals at Oscar Dean Wyatt High School. He also co-founded a gospel group called The Humble Hearts, whose recording of one of his original songs led to his discovery by Milton Biggham. The latter eventually hired Franklin to lead the choir at the 1990 Gospel Music Workshop of America Convention.

Franklin began his professional career in 1992 with his seventeen-piece choir group Kirk Franklin & The Family. Their self-titled debut album was released in 1993 and spent 42 weeks atop Billboard’s Top Gospel Albums chart. Earning platinum sales status, it was the first gospel album to sell over a million units.

The group continued to gain popularity, and in 1996, they earned their first Grammy Award for Best Contemporary Gospel Album thanks to “Whatcha Lookin’ 4“. The following year was another big year for the group, who collaborated with vocal ensemble God’s Property to release “God’s Property from Kirk Franklin’s Nu Nation“. Its lead single “Stomp” topped R&B Singles Airplay chart for two weeks, while the album ruled R&B Albums chart for three weeks.

Their next album, “The Nu Nation Project“, was also a massive success as it topped the Billboard Contemporary Christian Albums chart for 23 weeks and the Billboard Gospel Albums chart for 49 weeks. The 1998 effort also earned the group another Grammy Award. However, it served as the last album of the group because in 2000, members of The Family filed a multimillion-dollar lawsuit for royalties on their work on the album.

Franklin went on becoming a solo artist after that, releasing his first solo effort “The Rebirth of Kirk Franklin” in 2002. The album topped the Gospel Albums chart for 29 weeks, ruled the Hot R&B/Hip-Hop Albums chart and was certified platinum. The singer then released more chart-topping albums after that, including Grammy-winning album “Hero” and “the Fight of My Life“, the latter of which was released in December 2007.

In 2010, following the tragic earthquake in Haiti, Franklin assembled a large group of gospel artists such as Jeremy Camp, Tamela Mann and Natalie Grant to record the benefit single “Are You Listening”. Later in 2011, Franklin marked another career milestone after his single “I Smile” from “Hello Fear” peaked at No. 85 on Billboard’s Hot 100 chart. It marked his first appearance on the chart in six years. The album itself arrived at the top of Gospel charts and remained there for several weeks.

Franklin started his own record label Fo Yo Soul Recordings in 2013, before releasing his twelfth studio album “Losing My Religion” in November 2015. Its lead single “Wanna Be Happy?” topped Billboard’s Hot Gospel Songs chart for 45 weeks. Following his contribution to Tori Kelly‘s 2018 “Hiding Place“, Franklin began the promotion for his album “Long Live Love” by releasing “Love Theory” in January 2019.

Dubbed as the “Reigning King of Urban Gospel Kirk Franklin has brough the Voice of God to the ears of a countless generation of African Americans. 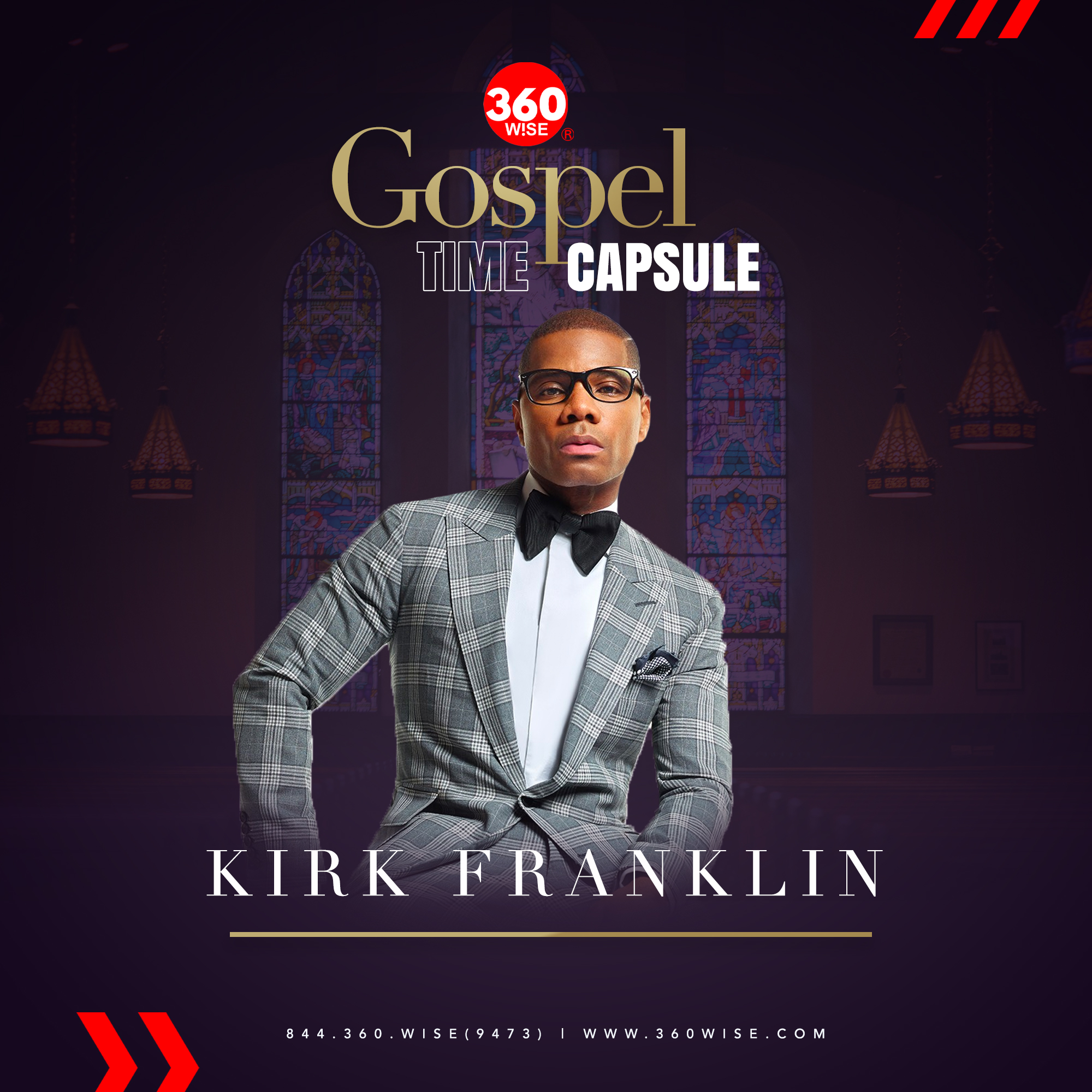