O’Landa Draper was born on September 29, 1963.The son of Ruth Marie Draper, a gospel promoter and recording artist, he was inspired by the gospel music that he heard as a child in Alabama and Washington, D.C. Soon after moving to Memphis in the mid-1970s, he had joined a glee club and begun studying music at Overton High School (from which he graduated in 1982) under choir director Lula Hedgeman. He continued his studies at Memphis State University, where he directed the school’s gospel choir. After college graduation in 1986, at only 22, he formed O’Landa Draper and The Associates.

Draper led that 60-voice gospel choir to the top of gospel music. He and the Associates recorded their first live album, “Do It Again” in 1990. They then recorded their album in the studio, “Above and Beyond” After gaining popularity by showing up on Bobby Jones Gospel, the choir only got better as the years went by. Much like Ricky Dillard, Draper’s dynamic choir directing style gave Gospel music an energetic, feel good boost. A style many Gospel artists imitate and respect.

After recording several albums for the independent gospel label Word Records, the group reached out to a larger audience in 1994. They performed on Billy Joel’s hit single and video “River of Time” and harmonized with Joel during the nationally televised Grammy Awards ceremonies. In the same year, Draper released probably his most memorable album “Live…a celebration of Praise”. The album included “Hallelujiah, He abides” as song sung at Drapers own Gospel celebration which collaborated with new promising gospel artists like Kirk Franklin and “My soul does magnify the Lord”, as song that needed no music to amplify what the “Lord has done”

Draper was only approaching his peak as a gospel choir leader when he experienced kidney failure. Rushed to Metro Nashville General Hospital, he died two days later, on July 21, 1998, less than two months before his scheduled wedding to his fiancée, Patrina Smith. “He will be sorely missed” quoted CCM Magazine. Christians all over the states were in shook of the news considering the recent passing of Christian singer, Rich Mullins in 1997. A tribute to Draper’ s song “I’ve Got a reason” was made by Hezekiah Walker in his album “Family Affair” in 1999. Many Gospel artists today remember how the associates helped create the Gospel Music revolution of the 90’s. Artists such as Ernest Pugh had his musical start in the associates.

Two years later in 2000, the Associates came together again after a tough time of cooping and released their final album “All about Him (Jesus). The album consisted of old favorites sung live and a few new ones, not to mention the R&B 2001 radio hit “All about Him Remix” and Gospel classic “Clean Me Up”

After their leader went on to be with the Lord just two short years ago it took all the strength that they had inside to continue his vision with his fiancée Patrina Smith leading them on. With this their first album since the tragedy they have continued that legacy in a great way might I add. This album recorded live in their hometown of Memphis; Tennessee shows that they still have got it even through all they’ve been through. This album, though different from all their others is one of their best.

The album starts off with the traditional Draper flavor of “Clean Me Up”, “We Need A Word”, and “In Spite of It”. Then they slow it down on “It’s Working Together”. After that is the most beautiful song on the album “I’ll See You Again” which was written by his bride-to-be, Patrina Smith, in O’Landa’s memory. Then there’s “We’ve Come”, and “My Soul Doth Magnify the Lord” updated versions of their 1993 songs “We’ve Come to Praise Him” and “My Soul Doth Magnify the Lord” from their “Live… A Celebration of Praise” album, which are better than the originals, not to mention that the extra-long version of “We’ve Come” contains their 1995 hit “Gotta’ Feelin'” from their album of the same name. Then there’s the scorching hot “Nu Thang” and the surprise of the whole album, the title track “All About Him” which features an off the chain rap by Kenon Walker [I see a future for him in the industry]. This mix of the hot beat, the rap, and the Associates down home vocals, makes this song is too hot for words. The album ends with the “Kirk Franklin-ish” narrated slow jam, “Purpose Praise” then there’s radio edited versions of “All About Him” and “We’ve Come” to totally end the album. On July 21, 1998) O’landa passed away of a short-term illness of kidney failure at Metro Nashville General Hospital.

was a Grammy Award-winning gospel singer and choir director. He was considered one of the top gospel artists of the 1990s.

If O’Landa could hear this project in glory, he’d smile and say “Awww shucky ducky!” God bless you Patrina and the choir, stay encouraged and keep O’Landa’s vision going. ” 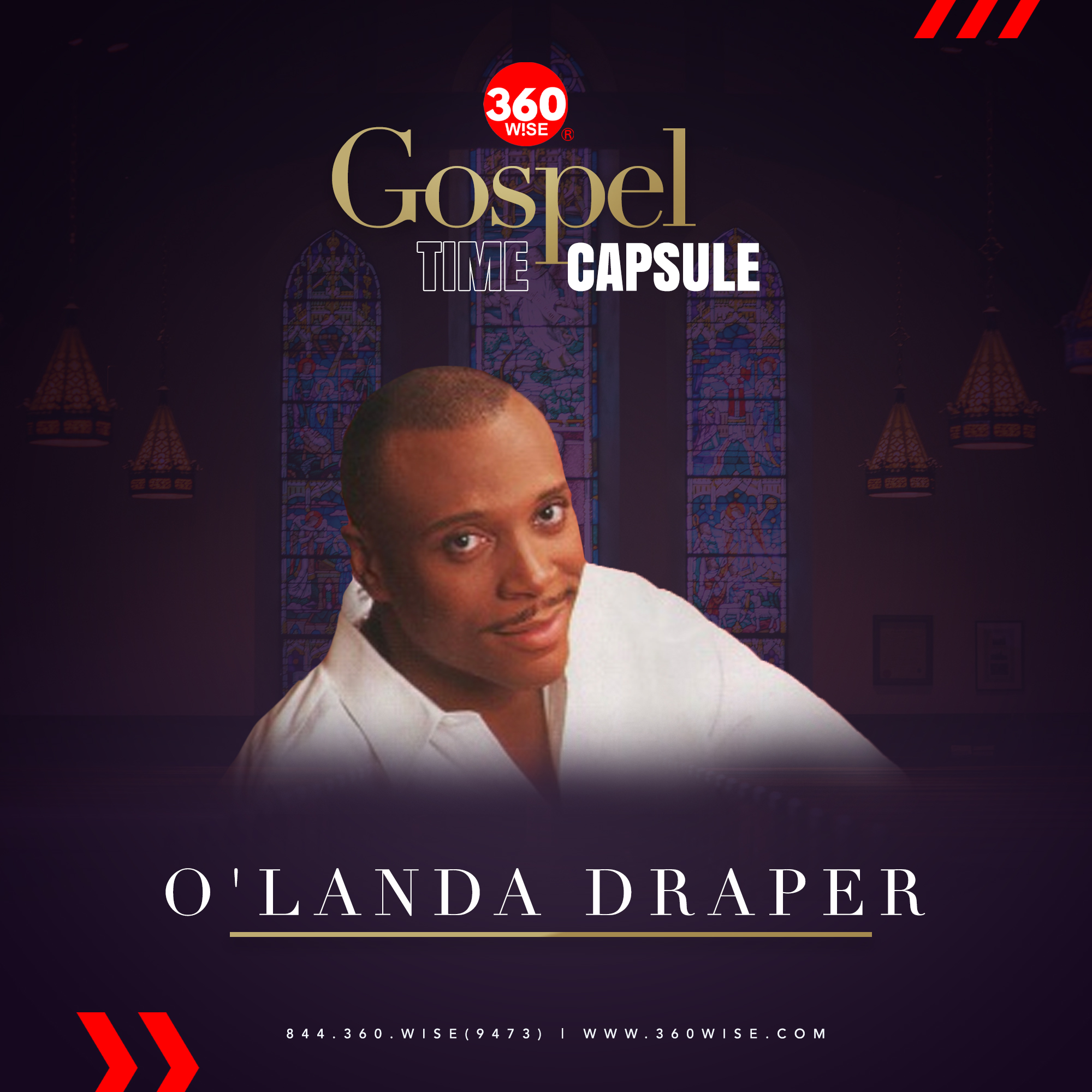