Rance Allen was born in Monroe, Michigan on November 20, 1948; he was one of 11 children born to Thomas Allen and Emma Pearl Allen. He was learning to read at the age of five and his grandmother gave him a Bible; it was then that he heard the call to preach and spread the word of the Lord through music. He began playing piano when he was nine, and soon picked up the guitar as well. He became a licensed minister at the age of 12 and was on the road preaching throughout Michigan, Ohio, and Pennsylvania. In 1969, he teamed up with two of his brothers to form the Rance Allen Group, with Rance on lead vocals, piano, and guitar, Steve Allen on bass, guitar, and vocals, and Tom Allen on drums and vocals. Debuting in 1969, the Rance Allen Group took the roots of soul music (which came from artists like Ray Charles mixing the passion of gospel with the secular structures of rhythm & blues) and reversed the process, filling soul, rock, and jazz with the fire of gospel music.

Allen and his brothers cut some records for local label Reflect Records, and were appearing at a talent show in Detroit in

1971 when they were discovered by a record promoter who worked with the celebrated soul music label Stax. He introduced the trio to the Stax staff, and they were signed to a contract with their new gospel subsidiary, Gospel Truth Records. 1972’s The Rance Allen Group was their first full-length album, and while its soulful gospel was initially controversial in the spiritual music community, the group developed a following among fans of both soul and gospel. They appeared in the 1973 concert film Wattstax, performing the song “Lying on the Truth,” and the same year, they crossed over to the R&B chart with the single “I Got to Be Myself” (from the album Brothers), which peaked at 31. 1975’s A Soulful Experience was produced by David Porter, who also co-wrote several songs, including “Ain’t No Need of Crying,” which made a showing on the R&B charts two years after its release. (In 1981, the album would be reissued as Ain’t No Need of Crying.) The Rance Allen Group jumped to Capitol Records for 1977’s Say My Friend, though the following year they went back to Stax for Straight from the Heart. A track from that LP, “I Belong to You,” was another hit on the R&B singles chart, rising to 24, and the title tune from 1979’s Smile just missed the R&B Top 40, topping out at 41. 1980’s I Feel Like Going On would be their final album for Stax, and 1983’s Hear My Voice and 1984’s I Give Myself to You were issued by the noted gospel label Myrrh Records.

In 1978, Allen became an Elder at the Holiness Temple Church of God in Christ in Monroe, Michigan, and would go on to become an Associate Pastor at the church. 1985 saw Allen named as the Pastor at the New Bethel Church in Toledo, Ohio, a position he would hold for the rest of his life. In 2011, Allen was consecrated as a Bishop in the Church of God in Christ for the Michigan Northwestern Harvest Jurisdiction. Despite his busy career as a Pastor, Allen and his brothers continued to record and tour; between 1991 and 2000, they cut three albums for Belmark Records (Phenomenon, You Make Me Wanna Dance, and Miracle Worker), and jumped to Tyscot Records for 2002’s All the Way. In 2009, Allen was nominated for a Best Gospel Performance Grammy for the song “I Understand,” in which he performed alongside BeBe Winans and Mariah Carey. The album Celebrate came out in 2014, and the following year, Allen performed at the White House for President Barack Obama and First Lady Michelle Obama as part of a celebration of gospel music. In early 2020, Craft Recordings launched a reissue program of material from the Gospel Truth label, with three Rance Allen Group albums getting new pressings on vinyl. On October 31, 2020, Rance Allen died in Sylvania, Ohio during a medical procedure; he was 71 years old. 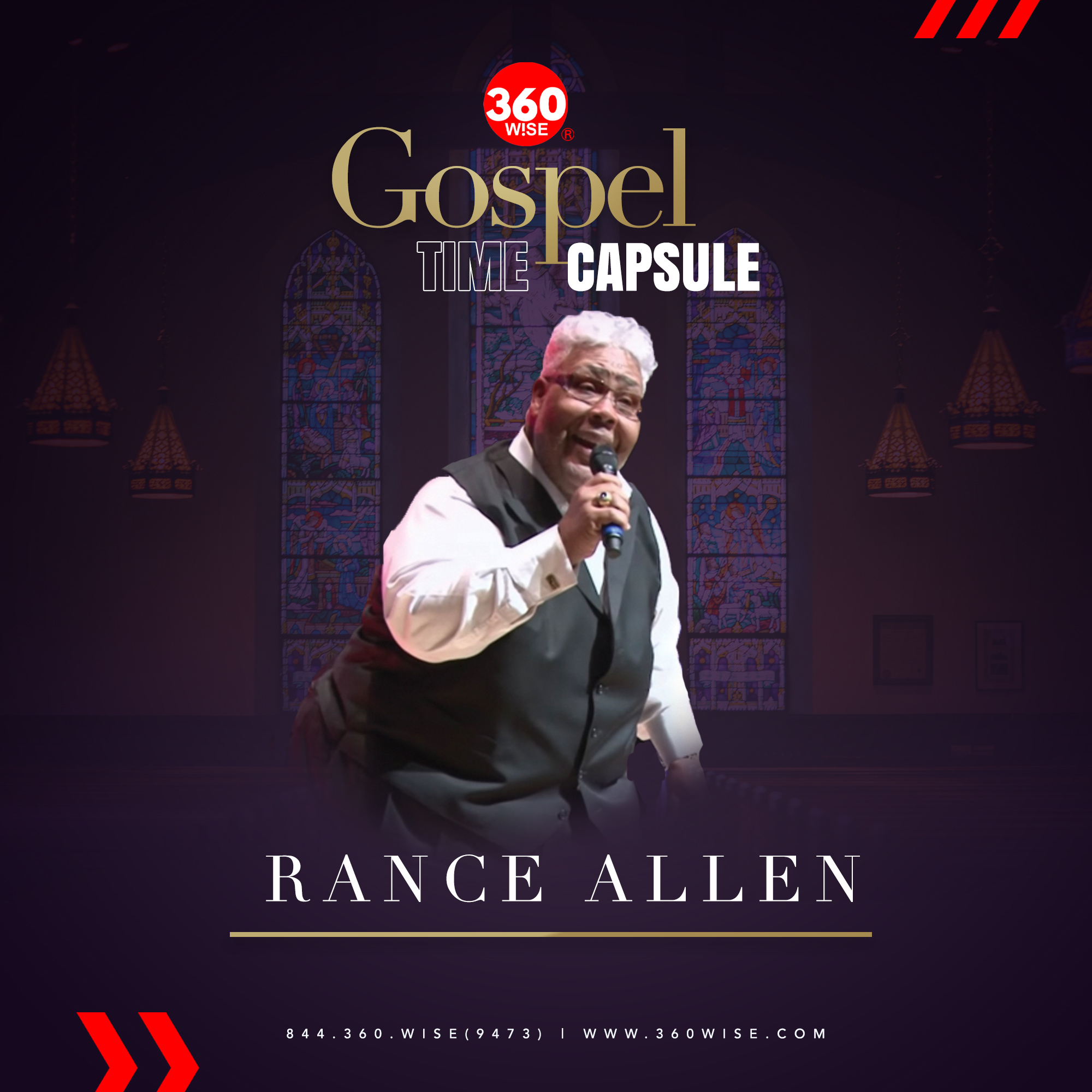