Born in 1963 in Baltimore, MD, jazz pianist Cyrus Chestnut grew up in a home filled with the sounds of gospel music that his church-going parents played, along with jazz records by artists such as Thelonious Monk and Jimmy Smith. To this day, Chestnut’s ties to gospel music remain constant.

After graduating from Berklee College of Music in Boston, Chestnut worked with jazz vocalist Jon Hendricks, trumpeter Terrence Blanchard, and saxophonist Donald before joining jazz legend Wynton Marsalis. it was his early association with vocalist Betty Carter, with whom he toured and recorded, appearing on 1992's It's Not About the Melody, that had a lasting influence on the pianist. Purportedly, Carter encouraged Chestnut to push himself to be more individualistic by taking chances and trying to surprise her.

As a leader, Chestnut took his time to develop, and made his solo debut in 1992 with The Nutman Speaks and Nut. Recorded for Japan's Alfa Jazz label, the albums showcased the pianist's trio with bassist Christian McBride and drummer Carl Allen. A third trio effort with McBride and Allen, Another Direction, followed on Evidence in 1993. Chestnut then signed with Atlantic and issued 1994's Revelation with bassist Christopher J. Tomas and drummer Clarence Penn. Several more highly regarded Atlantic releases followed, including 1995's Earth Stories and 1998's Cyrus Chestnut, which featured guest spots from Joe Lovano, James Carter, and Anita Baker. Also during this period, he appeared on vocalist Madeleine Peyroux's Dreamland, and collaborated on projects with other artists including Tim Warfield, Kathleen Battle, James Carter, Dee Dee Bridgewater, Rodney Whitaker, and more. He also made his acting debut, performing as a character based on Count Basie in director Robert Altman's 1995 film Kansas City.

Chestnut’s recordings include Dark Before the Dawn (1994), which debuted in the sixth spot on the Billboard jazz charts; Earth Stories (1995), for which he composed nine of the CD’s eleven tracks; a solo piano album, Blessed Quietness: Collection of Hymns, Spirituals, and Carols (1996); Cyrus Chestnut (1998).

In 2000, Chestnut delivered his first holiday-themed album, Charlie Brown Christmas, which hit number three on the Billboard Jazz Albums chart. He then rounded out his Atlantic contract with 2001's all-original Soul Food, an exuberant set featuring appearances by Marcus Printup, James Carter, Gary Bartz, and others. He then moved to Warner Bros. for 2003's trio effort You Are My Sunshine, with bassist Michael Hawkins and drummer Neal Smith. He then expanded the same group to a quartet, adding guitarist Russell Malone on 2006's Genuine Chestnut. A year later, he applied his urbane jazz chops to the music of Elvis Presley on Cyrus Plays Elvis, followed by 2008's modal jazz-leaning Black Nile on Japan's M&I label. In 2013, he delivered the hard bop-infused Soul Brother Cool, which featured trumpeter Freddie Hendrix. He then showcased his trio on the 2014 concert album Midnight Melodies, recorded live at Smoke in New York City. Also in 2014, he joined Jimmy Greene on the saxophonist's poignant, Grammy-nominated album Beautiful Life.

Chestnut then moved to High Note, debuting for the label with the 2015 trio effort A Million Colors in Your Mind, with bassist David Williams and drummer Victor Lewis. For his second High Note effort, 2016's Natural Essence, the pianist was joined by the veteran rhythm section of bassist

Buster Williams and drummer Lenny White. Williams and Whitewere also on board for 2017's There's a Sweet Sweet Spirit, which also featured vibraphonist Steve Nelson. Also that year, he paired with Charnett Moffett on the bassist's Music from Our Soul. In 2018, Chestnut returned with Kaleidoscope, a classical-influenced trio album featuring bassist Wheeler and drummer Chris Beck. Included on the album were jazz reworkings of compositions by Wolfgang Amadeus Mozart, Claude Debussy, Erik Satie, and more.

The New York Daily News once heralded Chestnut as the rightful heir to Bud Powell, Art Tatum, and Erroll Garner. Chestnut continually tours with his trio, playing at jazz festivals around the world, as well as clubs and concert halls. His leadership and prowess as a soloist have also led him to be first on the list for the piano chair in many big bands including the Lincoln Center Jazz Orchestra and the Dizzy Gillespie All-Star Big Band.. 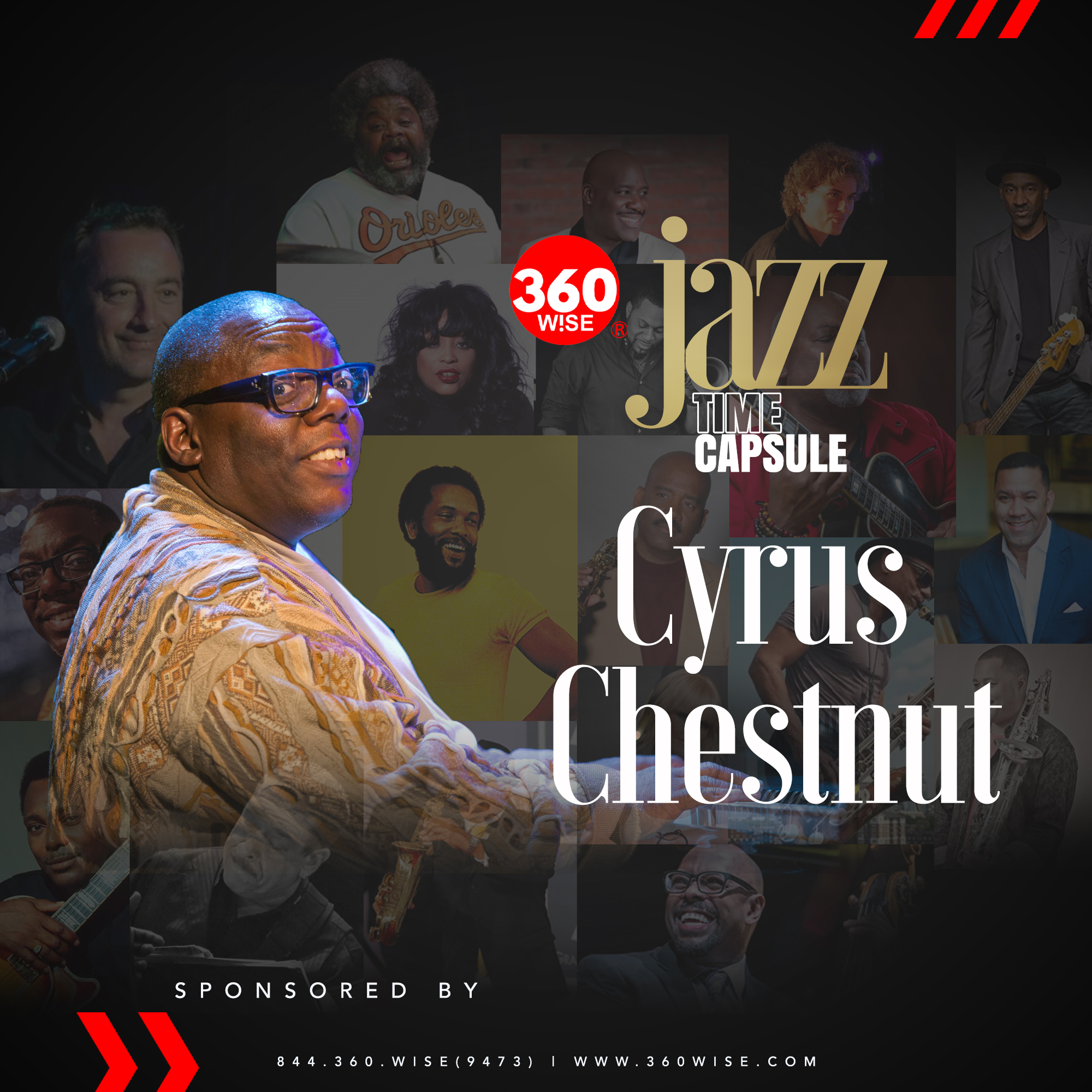