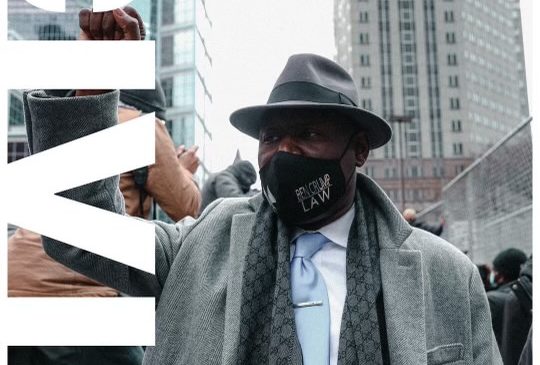 Hallgren is best known as the filmmaker behind the Michelle Obama documentary Becoming. Oscar-winner Roger Ross Williams is also a producer on the film alongside Hallgren and Lauren Cioffi. Executive producers on the project include Erynn Sampson, Matthew Carnahan and Geoff Martz.

According to Shadow and Act, the movie will open the upcoming 2022 American Black Film Festival which is returning this year as a hybrid festival offering both in-person and virtual programming.

The Hollywood Reporter previously announced that Barris would be producing this doc, which aims to “pull back the curtain on an array of Crump’s past and current cases by examining the distinct nature of his work, his impact on American civil rights and racial justice, and the toll such work takes on him and his family.”

In the official Netflix logline, the feature is described as “an intimate vérité” that looks into the life of this noted and revered attorney.

Netflix’s upcoming social and cultural documentary will be released on the platform on June 19, which is fitting since “Juneteenth” is an important holiday in the United States. Netflix projects debut at 12:00 a.m. PT / 3:00 a.m. ET.

Normally, Netflix doesn’t release projects on Sundays, but in this case, Juneteenth is an ideal day to release a documentary about Ben Crump, a man who has made it his mission to assist Black people who have faced injustice throughout the country, taking on cases for the families of Breonna Taylor, George Floyd and countless others.