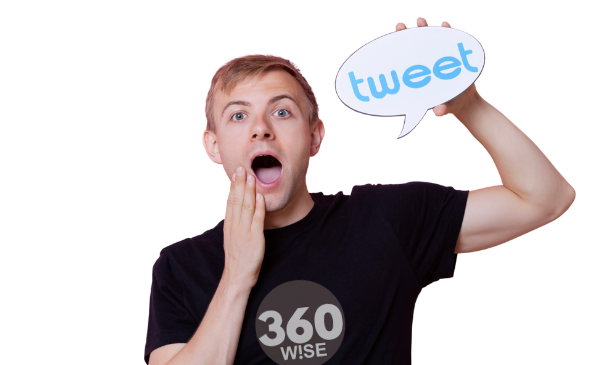 Miami — Every single hashtag or account on Twitter has an economic market value that can be calculated. That’s a fact: everything on Twitter has a translation in money. When you tweet about a brand, do you get paid for it? We guess not but if you’d get paid, how much should you charge? Or, if you launch a hashtag on Twitter and it gets a lot of traction, how much money would it be worth in the advertising market? We have developed a formula that calculates that.

But know one thing for sure: everything on Twitter has an economic translation, your tweets have value, and the hashtags you participate in have value. In this post, we will learn about this, but if you want to start calculating that number in our free platform click the next button:

There are two values we will be talking about in this post:

It displays the value of an account on the market (according to Twitter ads or pay per tweet platforms). This value takes into account quantitative market variables (prices, followers, lists in which the user is included…). That market value is a great metric to know how the hashtag worked. From now on, Tweet Binder offers a new useful economic value too: the engagement economic value.

360WiSE launches this new economic value that takes into consideration a very important metric: the level of Twitter engagement of the users. The engagement of a tweet will depend on the number of retweets and likes it gets. A Twitter user with many retweets and likes will have more engagement than another user without retweets or likes. This is similar to the “economic market value” but considering the activity of the tweet. You can find yourself the number of retweets.

The Economic Market Value of the Users

As we said before, we need to calculate the economic market value of the users. This can be similar to an influence score such as Kred. 360WiSE calculates this score taking into consideration the following variables:

We have developed a formula that calculates the market value of each user in American dollars (USD). This value is a generic figure that will give us a measure of the influence of a user. We have our own algorithm and all the variables have a different weight on it. We consider that having a lot of followers is important; however, to be on many lists or to have high followers/following ratio is also important. This value is dynamic; it changes if the variables change. This way, you can see your account ranked differently in different reports. For example, if you start following a new number of accounts your economic value will decrease. Whereas if you get a lot of new followers, it will increase. Therefore, this could act as a Twitter follower tracker.

The Economic Market Value of a Hashtag

What is the economic impact of a Twitter campaign? What is the market economic value of a hashtag? Companies and marketers have been asking themselves these questions for years. Tweet Binder has developed a unique algorithm that calculates how much a hashtag is worth in the market, the market value of the campaign. This new metric is added to our Twitter analytics suite.

At 360WiSE we think that the market value of the campaign is an important metric. Using the market values (prices and rates) we can estimate how much a hashtag would be worth on “paid media”. When people use the hashtag of a company’s campaign, they are creating impacts for a brand and that has an economic value on the market. It can be translated as “how much the company would have had to pay on the market to get those Twitter impacts and tweet reach”. By the market, we mean Twitter advertising, pay-per-tweet platforms, and online and offline advertising.

When you find the right influencer, what's the next step?
Influencer marketing is a strategy that businesses use to promote their services and products by partnering with popular social media users or bloggers. Influencers usually have a large, engaged audience that brands can tap into to build credibility and also drive sales.
One of the most significant influencer marketing aims a new should focus on is to maximize its brand awareness. Individuals will only convert into your customers when they begin to recognize and see your brand.
To locate the reach and the audience of an influencer, you can leverage influencer advertising platforms like 360WiSE MEDiA. The tool provides a thorough influencer report which may help brands ascertain if a particular influencer is suitable for them or not.

You need to concentrate on influencer marketing strategies that will get you brand mentions, followers, and shares. Influencers can encourage followers to discuss your branded articles using applicable and effective hashtags.