Vicki was born and raised in San Mateo, California. Her father, Edwin Mack was a career employee of the U.S. Postal Service, and owner of a janitorial company. Her mother, Claire, was deeply involved in the Civil Rights movement and was mayor of San Mateo for over 10 years. Vicki’s grandmother, a devout Christian, regularly took her to church as a youngster, instilling a strong sense of Christian values in her granddaughter early in her life. In the past 30 years, whenever Vicki is spiritually connected with any music company, that company becomes #1 in gospel music.​

Forming Gospocentric in 1992 on an almost non-existent budget, Vicki and her husband Claude Lataillade, in less than a decade, transformed an upstart little venture into the commanding presence in gospel music. Named the #1 gospel label in America (and in the world) by Billboard Magazine, its sales topped more than 30 million. In addition to Gospocentric, Vicki’s projects and companies in the music industry have resulted in sales of more than 100 million records. She guided Gospo Centric into a leading force in today’s urban Gospel marketplace.

In 1996, her husband Claude Lataillade founded B-Rite Music, envisioned as a more eclectic and avant-garde label. The two labels were merged in 2001. Gospocentric and B-Rite Music artists include Platinum selling, Kirk Franklin, Gold selling Stellar Award winner Kurt Carr and the Kurt Carr Singers, Tramaine Hawkins, Trin-i-tee 5:7, Byron Cage, J. Moss, David Hollister, Kelly Price, Reggae legend Papa San, Natalie Wilson & the SOP Chorale, Percy Bady and American Idol “Wild Card” R.J. Helton, just to name a few. Compiling over 30 album and video titles, the meteoric success of Gospocentric is unrivaled in gospel music history. And it is a story, and a legacy, that speaks to her marketing and business acumen. Vicki Mack Lataillade started in the music business in the mid 70’s as the first African American women in the RCA Music Internship program. She was recruited by the then owned Random House Publishing company while attending UCLA. Her influence reaches far and wide. Revolutionizing the genre from the moment she stepped onto the Faith based platform, she cut her teeth by breaking then unknown artists like The Winans, Hawkins, commissioned (Fred Hammond), Richard Smallwood, Tramaine Hawkins and Vicki Winans just to name a few, and these are still the cornerstones of the gospel industry today. During her time at both Light and Sparrow Records she created revolutionary marketing concepts never used before in this genre. Utilizing a dual marketing approach, and approach widely utilized today by the majors and other independents, Vicki was able to garner the sales levels never achieved by gospel artists.

In 2005, Vicki and Claude sold their record companies to Zomba Records, part of the Sony BMG family of labels. After spending a year and a half helping them through the transition to new ownership, the couple left Zomba in 2007 to pursue the next phase in their illustrious careers.

Gospocentric Records was named the #1 gospel label in America by Billboard Magazine, with sales of more than 30 million CDs. In addition to Gospocentric, Vicki’s projects and companies.

Vicki Mack has put herself in the forefront of Gospel Music. Her Music not only push her own generation of Gospel singers but the following generation as well. Her many accomplishments shows her acclaiming in the music industry. Her testimony of faith shows in the music she has given to the world. 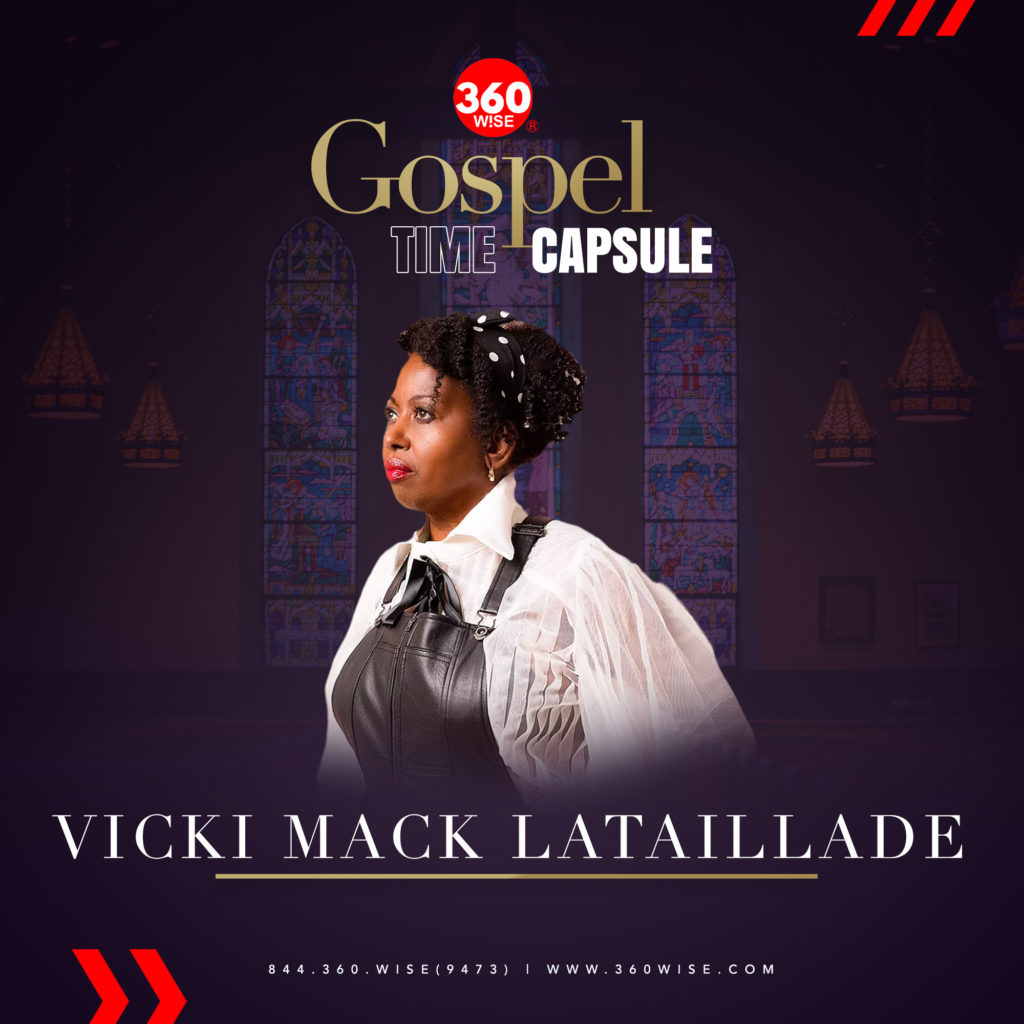